SSL Gold Cup 1st Edition is now fast approaching! The Football World Cup but in Sailing is “THE” ultimate challenge between Sailing nations to be crowned Sailing World Champion. Like the World Cup in Football, the SSL Gold Cup will bring together all the Nations' best sailors from all supports on one unique and equal boat for all: the SSL47.

Teva Plichart, former Match Racing  World n°1 and European Champion, will lead SSL Team Tahiti “The Pacific Islanders”. As all members are scattered around the globe, the team is training separately for now. Their main objective is making sure they will be fit for QS races in May, said Teva Plichart.

Tahiti Captain says on their strategy, “From what I had seen from the Test Event 1 [they finished 3rd o their group and 2nd of Petite Final], you need a bit of match racing skills. So I will try to remember what I had learned when I was younger to make sure we save the top 2 places in case we are in this position. But at the start, we need to sail as well as we can with the team. So wait and see what’s going to happen.”

“The Private Rocketeer” team nickname of SSL Team Bermuda will be led by Captain Rockal Evans, with a team of 18 sailors in their line-up from different classes. Rockal says on their team selection, “Through the ranking system  we have a lot Optimist sailors as we have a strong optimist program, but some of them were not able to sail because they are under 18. We have to work to find the right sailor.”

Rockal, a Finn specialist, mentioned that Bermudia team is preparing for the SSL Gold Cup by training, working on their chain of command, and communication on the boat.

When asked about their strategy, Rockal says, “Our race strategy is to race the course and do our best focusing on the conditions. If we stay clean and focus on ourselves, and do our maneuvers properly, then we should come up on top.”

Stay tuned for the next team captains on “Captain Chats” Instagram Live to meet and know more about the team squad, strategy, and their preparation for the upcoming  SSL GOLD CUP 1st Edition competition. 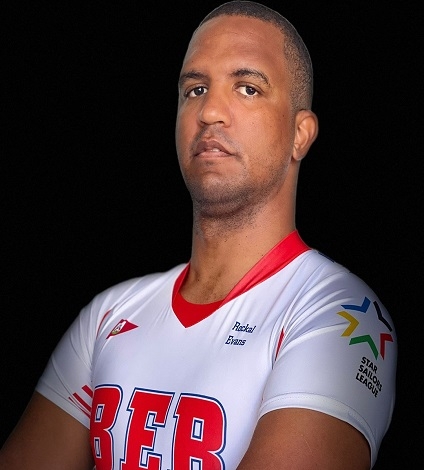