It has been an extraordinarily successful couple of years for British sailor Dylan Fletcher-Scott, including his Gold Medal at Tokyo 2020, and most recently winning the International Moth World Championship in Argentina.

I spoke to Dylan to find out more about his golden moments:

Dylan Fletcher‑Scott: Thanks! It was difficult conditions, but the same for everyone. The Moth Worlds always throws up some surprises, and it's always harder than you expect. It was a nice event and a really nice group of people.

MJ: When you've got people like Francesco Bruni matching his 2021 result, it shows how good the standard is. Plus, you've got some up-and-coming Argentinians too.

DF-S: I said to a few of the guys, before we got out there, "You might be surprised; there will one or two locals who are just incredibly good in those conditions." We had it at the 49er Worlds in 2015. It's very unique conditions. The water is brown and muddy, with sediment in, and the foils work differently. You can't really read the wind on the water, and the boat is hard to take off. It's very different. It's great to see the locals going well; one is a 49er sailor so good luck to him!

MJ: Talking of 49ers it's about 16 months since you won Gold in the Tokyo Olympics. What does it feel like looking back at that final gybe into the finish line?

DF-S: It's still a bit surreal! There were so many years of work coming down to that moment. I still look at it and feel incredibly proud of what we achieved. In some ways it's a bit disappointing that it's going to be very hard to ever get that feeling back, when we crossed the finish line!

MJ: But it's a memory you've got forever.

DF-S: It is fantastic, and Stu [Bithell] and I are very lucky. Every time it is mentioned, or I see a photo of it, there are floods of happy memories and excitement.

MJ: You have moved up to seventh in the SSL Men's Rankings, and I think that will be a career high for you; you're amongst some really great sailors. Do you think sailing needs a global ranking like this, in the same way as, say, golf or tennis does?

DF-S: It's certainly an interesting one. It is hard to quantify what everything means, but it's really impressive what they are trying to do.

DF-S: I'll do some general big boat racing, and keep pushing on with the Moth for now. Having stopped Olympic sailing it's important to stay sharp, and there's nothing like Moth racing, in one of the best fleets in the world. The last nine World Champions have all been Gold medallists, and out of those I'm the only one who isn't an America's Cup skipper apparently! It's really important for me to push on with that. Obviously I'd love to be involved with SailGP and the America's Cup, but that's incredibly hard. There are a few things happening; It's very difficult to break into that but I am trying.

MJ: Which big boats are you sailing at the moment?

DF-S: I will hopefully be on a Cape 31 next year; it's fantastic to see the fleet growing in the UK. It's becoming quite attractive because of the cost and the quality of racing.

MJ: Certainly a lot of bang for your buck in that fleet! Some great people are getting involved in it. Then there's your Aerocet Moth design which seems to be doing the business.

DF-S: Yes, it's fantastic. Maguire's and Kevin Elway have done such a great job with it, though of course we will keep pushing on. To win with it at its first Worlds is something that hasn't been achieved by a new production boat in a long time. I think the last one was the Mach 2, which won at its first Worlds. So it is fantastic for the team, and they are ramping up production. Hopefully we will see a lot more of them in Weymouth, hopefully repeating this result.

MJ: The people I know who have tested them say they are a joy to sail.

DF-S: It's not just the speed of it, it is how attainable the speed is. I think some of the other designs have a lot of speed but are a little bit harder to sail. The Aerocet is designed so a lot of people can go faster, basically.

MJ: It is great to catch up, and once again, well done on another top result!

DF-S: Thank you. Have a great Christmas and happy New Year. 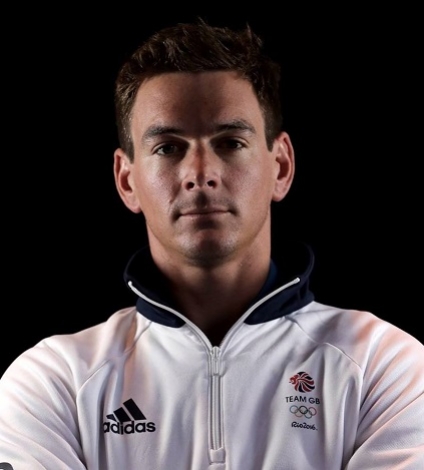 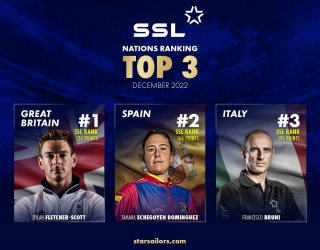 The latest SSL Nations Ranking has been released, and it sees a change on the podium with Italy displacing...