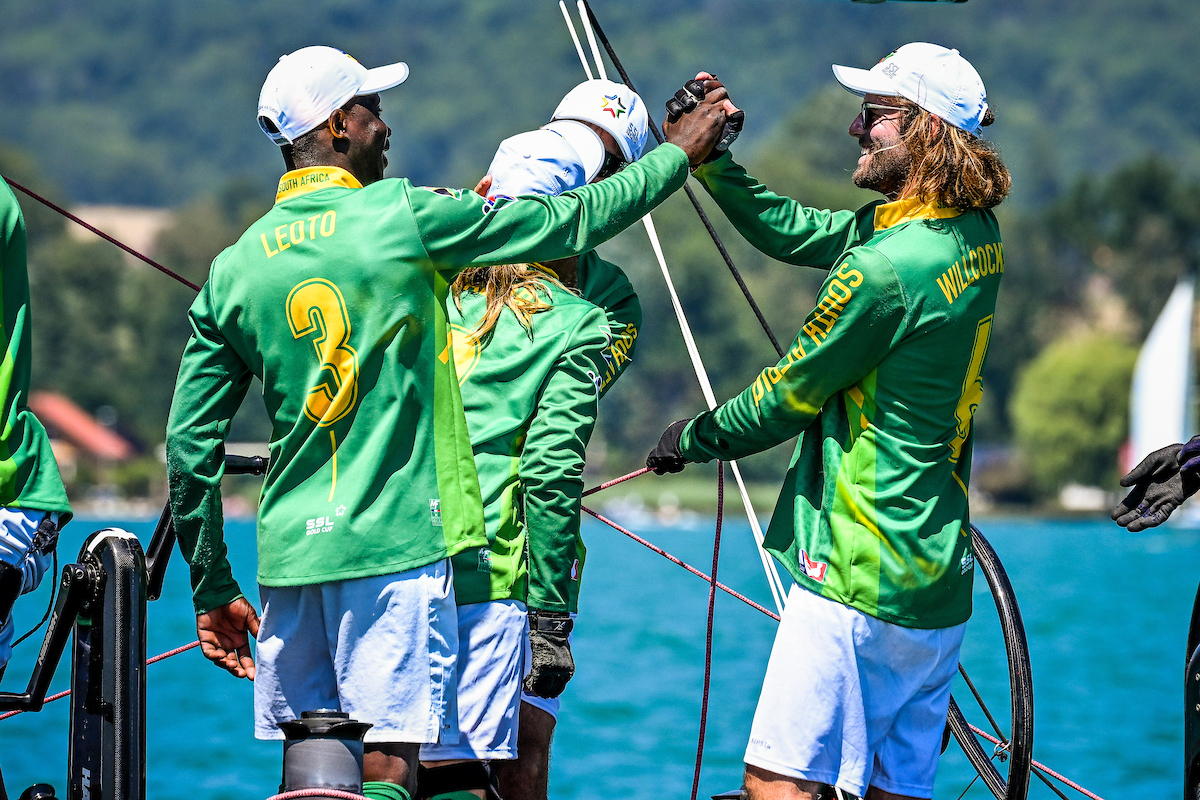 SSL Team South Africa had a perfect day on Day 3 of SSL Gold Cup Qualifying Series Round 5,  winning both races and clinching their spot for the Final Series in Bahrain. A much-improved SSL Team India take consecutive 2nd places, but a post-race penalty leaves Nachhatar Johal's team with it all to do on Sunday.

Race 4: South Africa wins, but Tigers on the prowl 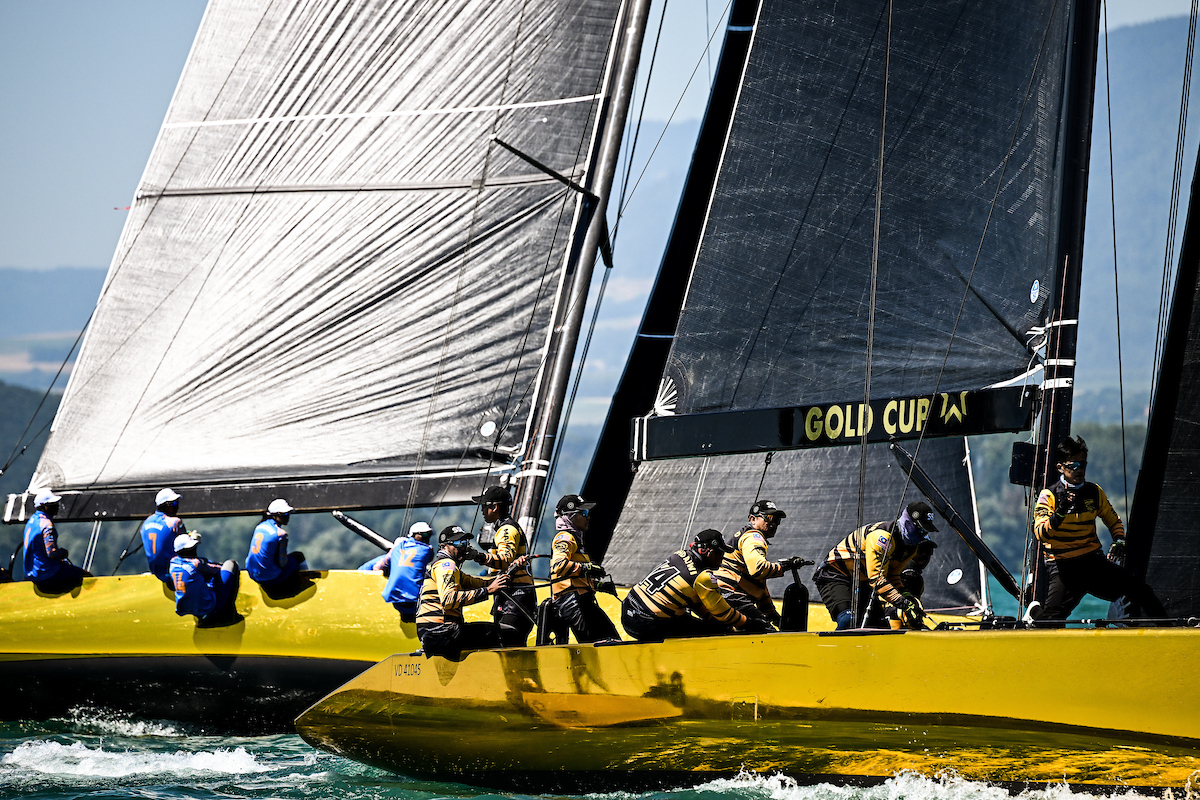 SSL Team South Africa took control of Group 7 with another impressive win in Race 4. Resurgent SSL Team India kept their hopes alive with a much improved performance to finish 2nd. SSL Team Malaysia ended a disappointing race for them in 3rd.

SSL Team India knew it was do or die today and charged into an early lead. With the Malaysian Monsoon struggling to keep pace behind, the battle lines were drawn between the Tigers and Ian Ainslie’s South African crew.

At the halfway point, ’Ubuntu’ managed to overtake SSL Team India, but their lead looked fragile at just 6”. The turn at Gate 2 was to prove pivotal, with SSL Team South Africa and the Tigers each taking a different side of the course for the downwind Leg 3.

The South African strategy was vindicated, finding the wind they needed to say clear and take another maximum points.

Race 5: South Africa are one point to go through; India is still alive

Jubilant SSL Team South Africa made it back-to-back wins and booked their ticket to Bahrain. SSL Team India crossed the line in 2nd after a contentious battle with SSL Team Malaysia.

With the temperature rising, the imperious South Africans stayed cool as cucumbers, and from the outset, their fourth victory never looked in doubt.

The Indian Tigers’ dream looked to be in the cactus after a collision with SSL Team Malaysia on the start line forced Nacchhatar Johal’s crew to execute a penalty. However, the incident also caused problems for the Malaysians, with water seeping into their hull from a small hole in the starboard side of their boat.

After a difficult opening two days, SSL Team India’s confidence flowered today, and by the turn at Mark 1 they had eked out a 20” advantage over the struggling Malaysians. A couple of mistakes with the spinnaker by the Tigers almost opened the door for the Monsoon, but the Indians were not to be denied.

**A post-race hearing saw SSL Team India receive an additional penalty of minus 1 point for the collision, with SSL Team Malaysia awarded an extra 1 point by way of redress.**

Golden moment awaits for one team.

For SSL Team South Africa, they can sit back, relax and enjoy an ice cream this evening, knowing their work is done.  With double points on offer for Sunday's Golden Day, for SSL Team India the calculus is simple - they need to win to have any chance of snatching the final qualfying spot from SSL Team Malaysia.

"We had a good one today. The key was the start. It is a short start line for three boats. It’s probably only 6 or 8 lengths, so we did a little push to the two boats in front, and as they were down the start line, we had the space for options. So we had a nice start to windward, and it was clean from there.

It is fantastic to qualify to Bahrain. We are still looking forward to tomorrow’s race. It’s amazing to qualify our country. That’s why we came here for."