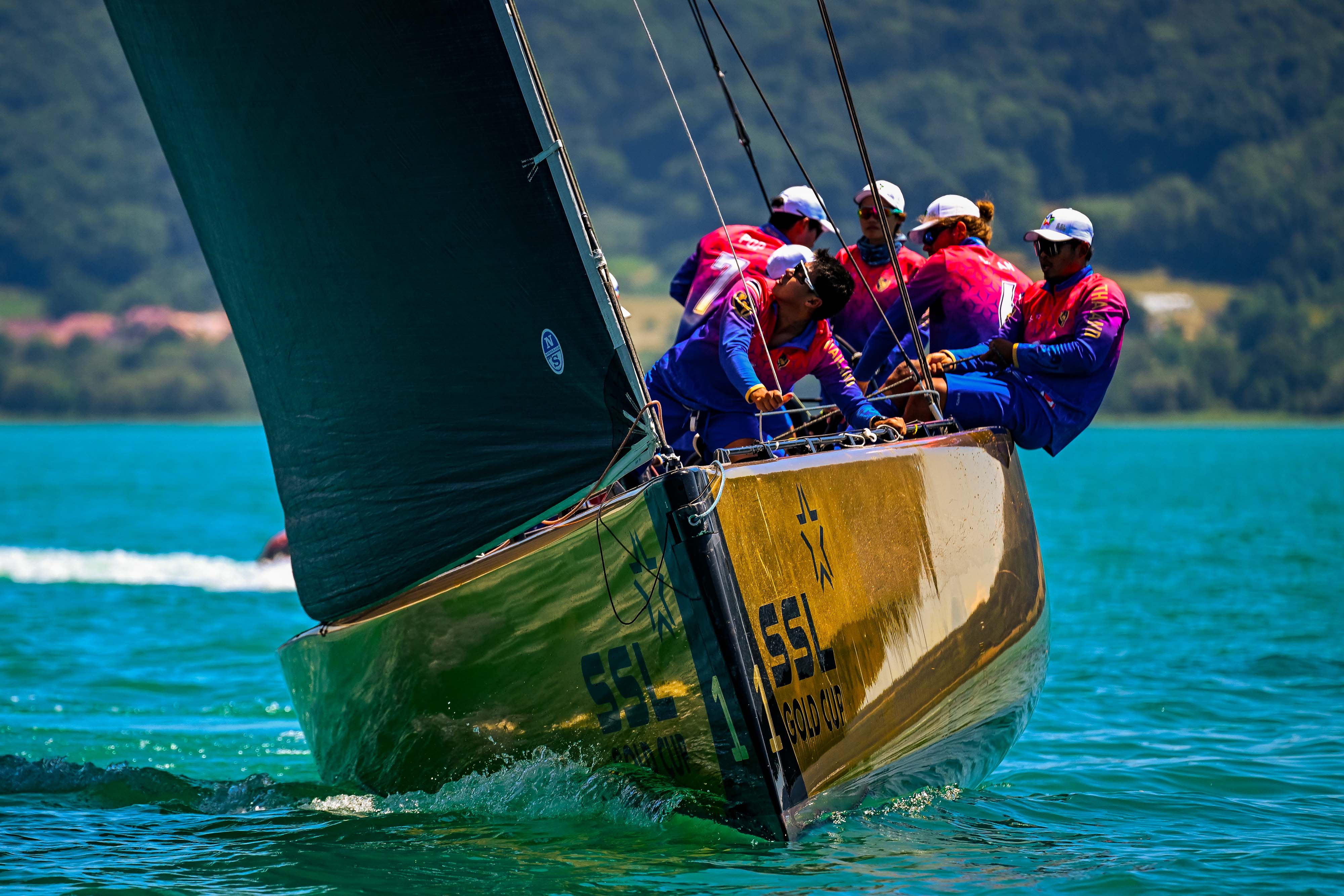 After two races on Day 1 of the SSL Gold Cup Qualifying Series Round 5, SSL Team Thailand takes the lead of Group 8. 'Chang Thai' led by Noppakao “Nai” Poonpat were the most consistent finishing 2nd in both races. SSL Team Ukraine and SSL Team Singapore won, respectively, one race each. Tomorrow's races resume at 11.00 CET. 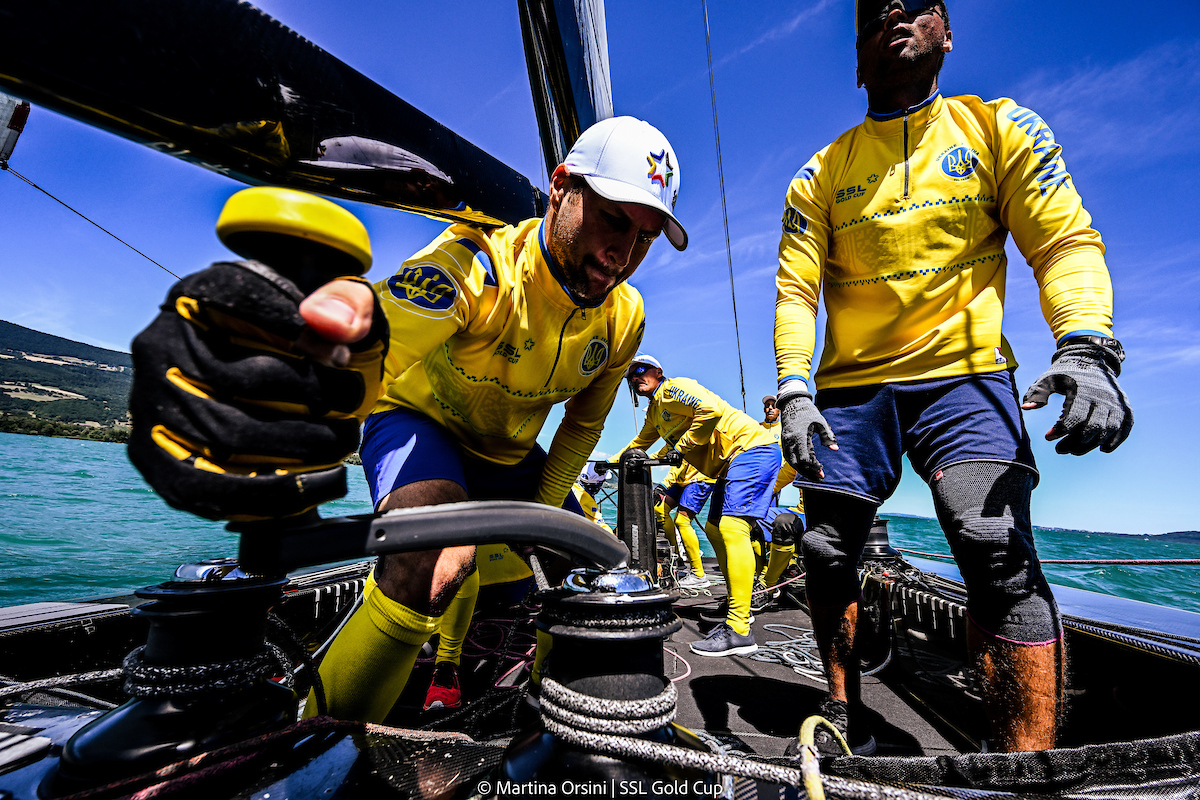 Matvienko’s team eventually sailed clear when Jeemin Ha’s team were drawn into a battle with SSL Thailand behind. Despite forcing the Thai crew to gybe twice, the Koreans could not maintain their early momentum, and ‘Chang Thai’ prevailed to finish 2nd.

The win will be a relief for the Ukrainians after starting the day with a 1 point penalty for a late crew declaration. 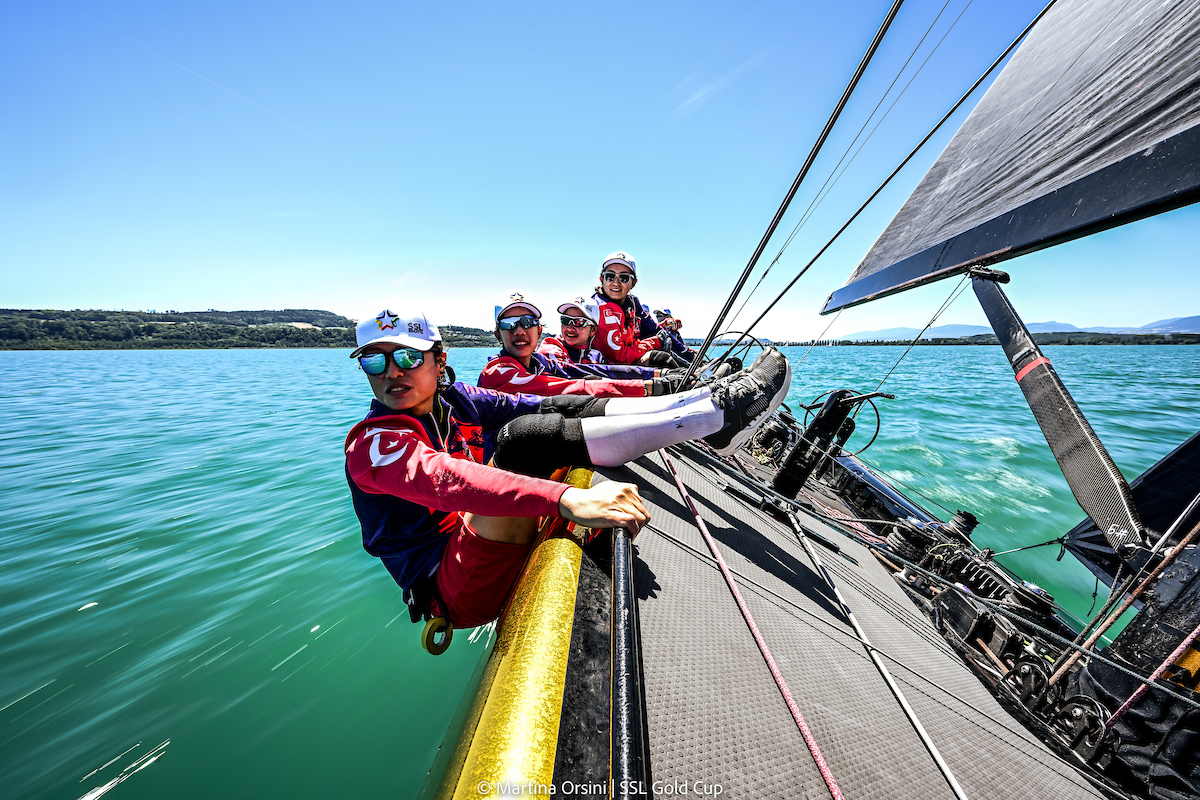 SSL Team Singapore bounce back with an important win to jumpstart their qualification bid. SSL Team Thailand again takes 2nd, with SSL Ukraine and SSL Team South Korea some distance off the pace in 3rd and 4th place.

Despite another fast start for the Ukrainians, the Singaporean ‘Guardians of the Bay’ capitalised when both SSL Thailand and the Koreans attacked SSL Team Ukraine early on.

As the afternoon wind began to slow, the distances between the fleet grew and Jovina Choo’s Singapore team, the lightest on the water by 140kg, stretched into an unassailable lead.

The opening day’s results leave Noppakao Poonpat’s SSL Team Thailand top of the standings, but only just. For the chasing three behind, everything is still to play for and work starts again tomorrow.

Follow all of tomorrow's action via the LIVE TRACKER from 11.00 CET Friday.

"It was an interesting start to our series, with a disastrous first race and amazing second race. Despite an unfortunate penalty incident in the first race, kudos to the team for maintaining their positive mentality to allow us to win the 2nd race!"

"We had only few days training because we had a session here already last year.  I think we did pretty well as we tried to keep everyone in their positions and work as a team. The wind was very tricky today with many gusts but we managed to catch up until the end on both races."

"We are happy with the day for many reasons. Obviously, we are delighted with the decisive win in the first race. But what's more important to me is that we managed to maintain pressure on our opponents in the second race that was not so successful to us. The guys are focused and eager to compete. Also the day showed how close the racing can be, you go from zero to hero in matter of minutes. We are looking forward racing tomorrow!" 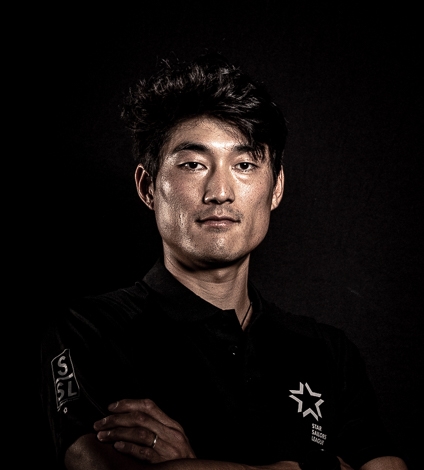