With only one race in Group 4 today, SSL Team Czech Republic once again brought their 'A-game'. The imperious Czechs fought off SSL Team Portugal to secure their second win in the group and extend their lead over their European rivals.

The day started badly for Joao Rodrigues and his Portuguese 'Navigators' squad, docked one point in the overall standings for a late team declaration. Despite this setback, they started the race brightly and led at the halfway point. They looked in control until aggressive sailing by the Czechs in the third leg forced SSL Team Portugal over the layline and set up the victory for Ondrej Teply’s team.

SSL Team Turkiye sailed home in third place, always close to the top two but never quite able to bridge the gap.

Having won yesterday’s second race, SSL Team Bulgaria, captained by Yavor Kolev, won’t want to dwell too long on this one. Forced to the side at the start, they lost a lot of time and never recovered.

Looking ahead to tomorrow’s racing, the Czechs have established themselves as the team to beat. Behind, there is only two points separating 2nd from 4th, meaning the battle for Bahrain is still wide open in Group 4.

Tomáš Vika, Main Trimmer, SSL Team Czech: "We had a competitive race from the start. All four boats were heading to start from the boat committee, so we had a nice battle for the best place. In medium, strong wind, we did few tacks, and as there were no marginal shift, we were 2nd at Mark 1. We had a tough competition on the downwind to Gate 2 to try reach the first place. Then we had to control SSL Team Portugal and SSL Team Turkyie. It was an amazing race and we are looking forward for the next days."

Yoan Kolev, Grinder, SSL Team Bulgaria: "Today at the start we had a little difficulty. All the fleet gathered and we didn’t manage to make a good start. That pushed us to try find another tactical advantage on the other side but the wind never went in our favour. And from there on, we just kept on with the fleet to finish the race. There was not anything really happening with wind, no gusts nor wind shift." 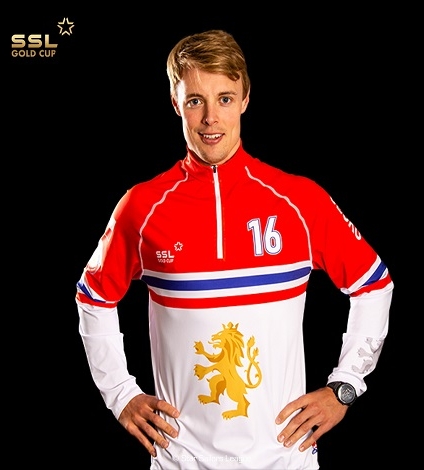