Martina Orsini chose a photo of bowman Alfredo Rovere of SSL Team Brazil for her entry in the prestigious Mirabaud Yacht Racing Image competition, which seeks to recognise the very best yacht racing image taken during the year, that best represents the essence and excitement of yacht racing as a sport.

The contest is open to professional yacht racing photographers from all over the world. We spoke to Martina to find out more!

Q: You've chosen an on-board action shot for your entry. What was it about this particular photo which you liked so much?

Martina: I chose an on-board action shot this time because I really think that sailing is not made only by spectacular boats, but it’s also made by sailors. The human-aspect is my favourite point of view in this sport, and the picture I chose shows the dynamism of one of the toughest roles as a crew: the bowman. I love it also because I found a natural frame for my subject, made by light and shadow in a geometrical shape, the triangle.

Q: Why did you go for black and white?

Martina: The black and white choice of editing is because I want the viewer’s eyes focus only on the bowman (Alfredo Rovere) inside this triangle frame. The attention on this probably would not be the same with the colours, which strongly distract the mind.

Q: You've taken some great shots of the SSL 47 yachts on Lake Neuchatel. What do you most like about the boats and the sailors?

Martina: I really love the boats used in the SSL Gold Cup. They are super-fast, reactive, even if there is only 6 knots of wind you can race with them. They are also elegant, such a nice shape to take pictures of. The gold hull is a plus, with a dash of colour that helps me to contrast the dark of the black sail. Furthermore, I appreciate the concept of a full national team sailing each boat. That’s the strength of the SSL Gold Cup events in the sailing world.

Q: Are there any other entries in the Mirabaud Yacht Racing Image competition that really caught your eye?

Martina: This year I think there are nine or ten great pictures participating in the Mirabaud Yacht Racing Image but my favourites are three. The one from the French photographer Melanie Joubert, very particular and poetic; the one from my SSL Gold Cup colleague Eike Schurr, that uses the water splash as a frame for the subjects during a training session on the Atlantic Ocean; the third one from polish photographer Szymon Sikora, capturing a young sailor between Optimist sails.

You can vote for Martina's photo in the competition at www.yachtracingimage.com/2022/ssl-gold-cup.html. Public voting is open until November 15th.

The winners will be announced during an awards ceremony taking place during the Yacht Racing Forum gala evening reception on November 21st. 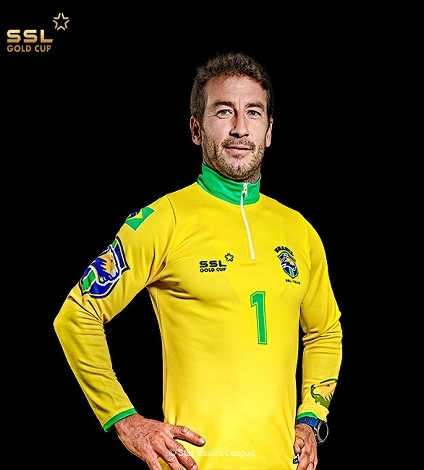