The Olympic Classes World Championships give the winners 2,500 SSL Ranking points, and Stipanovic in third claimed 2,175.79, the right amount to overcome the third skipper in the ranking British Nacra 17 Silver Medalist in Tokyo, John Gimson.

The Croatian sailing legend has collected many points over the past couple of months, at the Star World Championship in Kiel, where he finished second, of course at the Olympics in Tokyo where he won his second Silver medal, and he still has points from the 2020 Star Europeans in Riva and (again) the third spot at the Laser Standard Worlds in Melbourne in 2020. 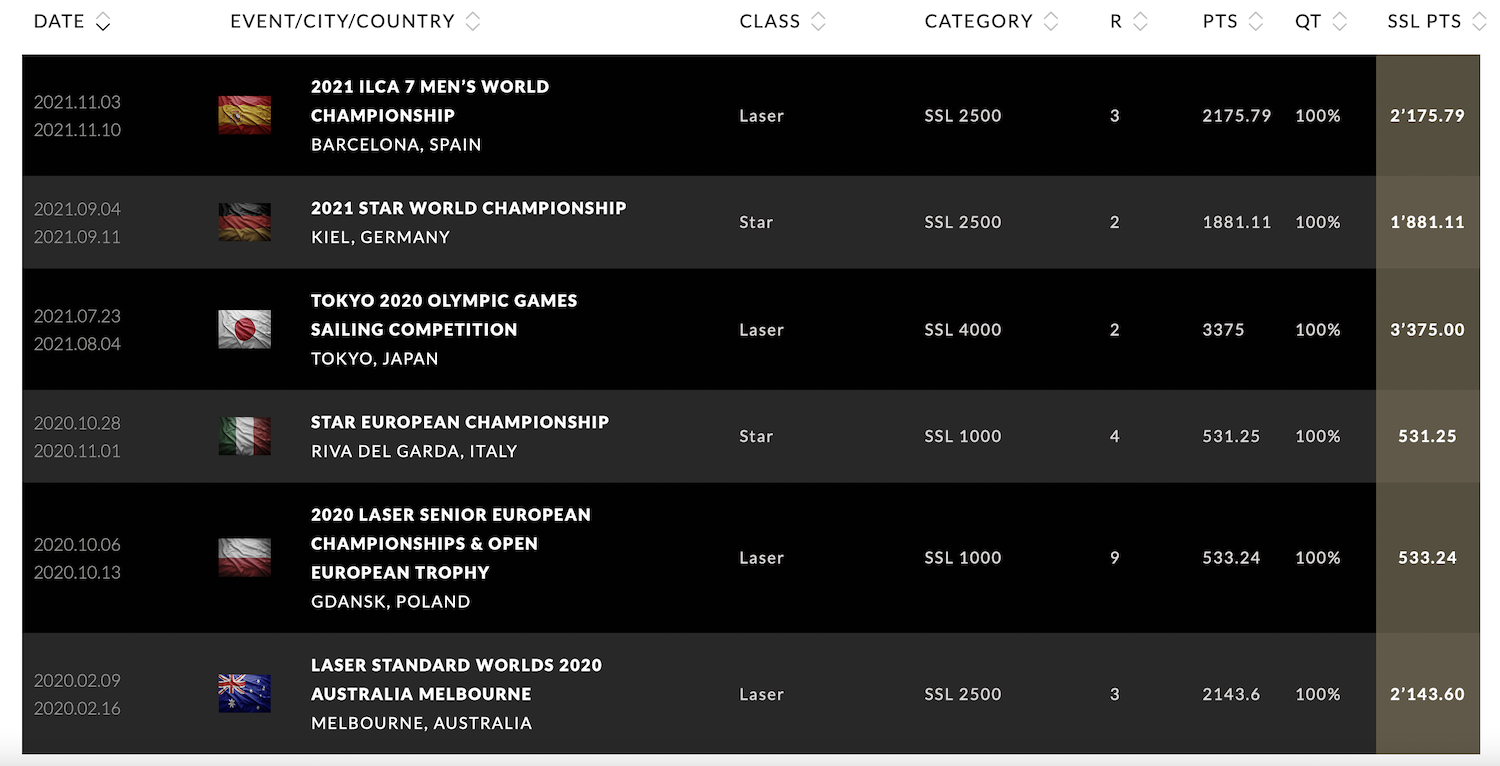 Tonci Stipanovic is the helmsman of the SSL Team Croatia with captain Sime Fantela.

GRAEL AND KUNZE BRONZE AT THE 49erFX WORLDS