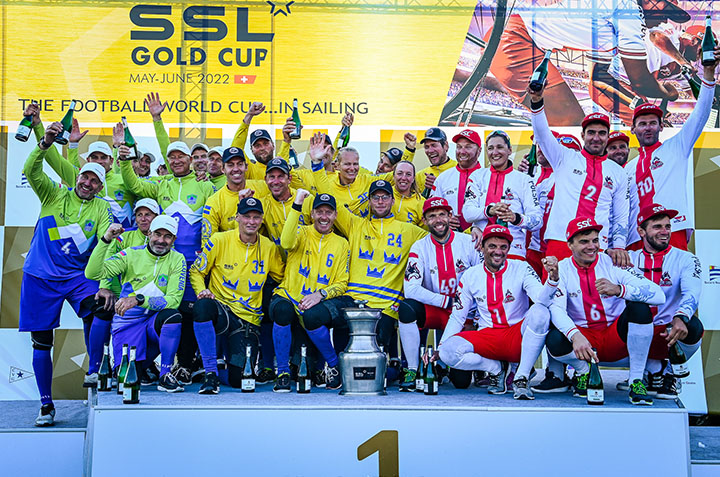 Four races scheduled on Day 4 of the third SSL Gold Cup Test Event: the last qualifying race for both fleets, crucial for four teams, then the Petit Final among the bottom four teams and the Grand Final for the top two teams of each fleet.

The situation was similar in both Fleets: the firsts in the ranking were already qualified for the Grand Final, the fourths couldn’t mathematically hope to get there, while the seconds and the thirds had a shot to access the Grand Final: Peru and Slovenia, Sweden and Spain. In the first duel Slovenia had the best of the Peruvian, not just winning the access to the Grand Final but the race itself. In Fleet 1 Spain opted for the right-hand side of the course right after the start and that put them in the bottom position from which they were not able to recover. Sweden finished second in the race and in the overall ranking, joining Slovenia, Poland and Austria in the Grand Final.

The Petit Final started with the wind lightening up. It was quite soon a battle for the win between Spain and Denmark up until the final downwind when Denmark got a penalty from the onwater umpire and Spain sailed smoothly towards the finish line winning the Petit Final and finishing in fifth overall the third SSL Gold Cup Test Event. In sixth it was the Danish, followed by Serbia and Peru, who had their worst day today in the competition.

And then the Grand Final. It was as adrenalinic as it could be, with plenty of positions changes over the hour long race among the Finalists. A great and super tight start by Sweden, that was battling against Poland, who, consequently, had quite a slow beginning of the race. Slovenia was right behind Olympic Champions Max Salminen’s team, and they arrived to the top mark and then to the bottom gate as first and second, while another duel was taking place on the same racecourse. Austria also had a pretty bad start, way behind the rest of the fleet, and with Olympic Champion Matesusz Kusznierewicz’s team, they picked the wrong side of the field and were left fighting for the third step of the podium all the way to the finish line, with one team taking over the other more than once.

While they were fighting in the back lines, Sweden gently and comfortably read the wind shifts, meeting the needs of the boat that wanted the weight of the crew on the bow when light and people hiking out with the puffs. Max and his Vikings crossed the finish line first and it was an explosion of joy…

Slovenia was happily trailing behind ending a week that didn’t start in the best way but saw Vasilij Szbogar’s 8 sailors growing together as a team. Poland won the battle over Austria to finish third and conquering the last spot on the podium. 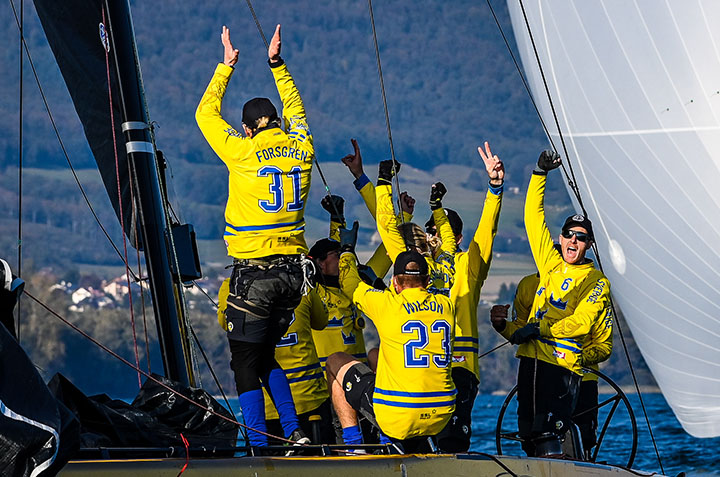