The day started out with very light wind and little hopes to get any racing done for the day. But Lake Neuchatel didn’t disappoint and eventually some northern breeze filled in and Fleet 1 was called on the water by a very farsighted race committee. Spain, Serbia, Sweden and Austria started racing with about 5 knots. The first, the Spanish Armada, second country in the SSL Nations Ranking, won the race for the first time this week confirming the growth of their learning curve, going from last on the first day to winning three days later. 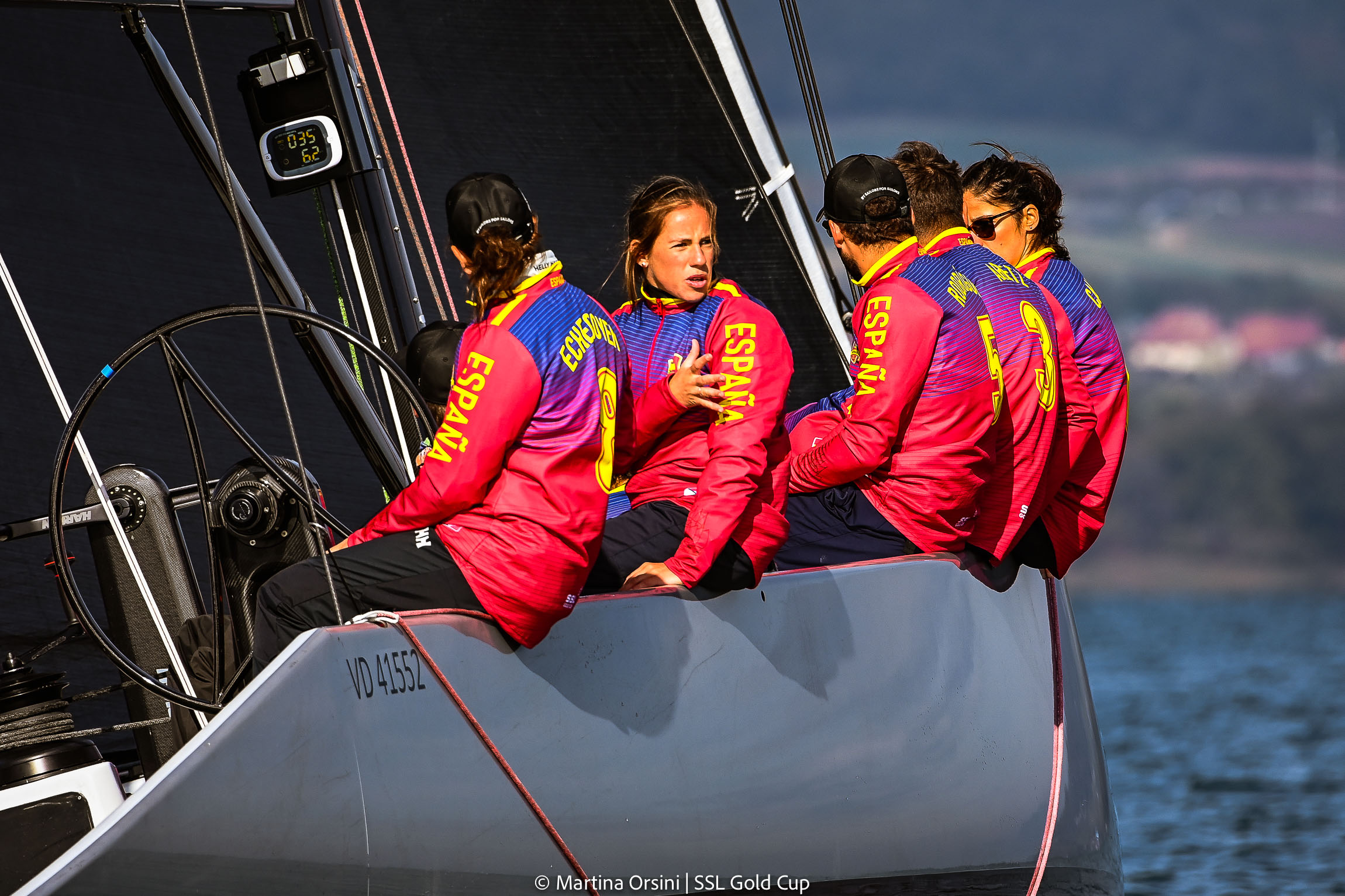 Austria, on the other hand, started off with three bullets and finished third in the last two races, but it wasn’t enough to stop them from conquering a spot in the Grand Final with a day to spare.

In the final race before the finals, a battle is expected between Sweden at 12 and Spain at 14 points, to decide who will enter the Grand Final with Austria, while Serbia is surely sailing in the Petit Final. 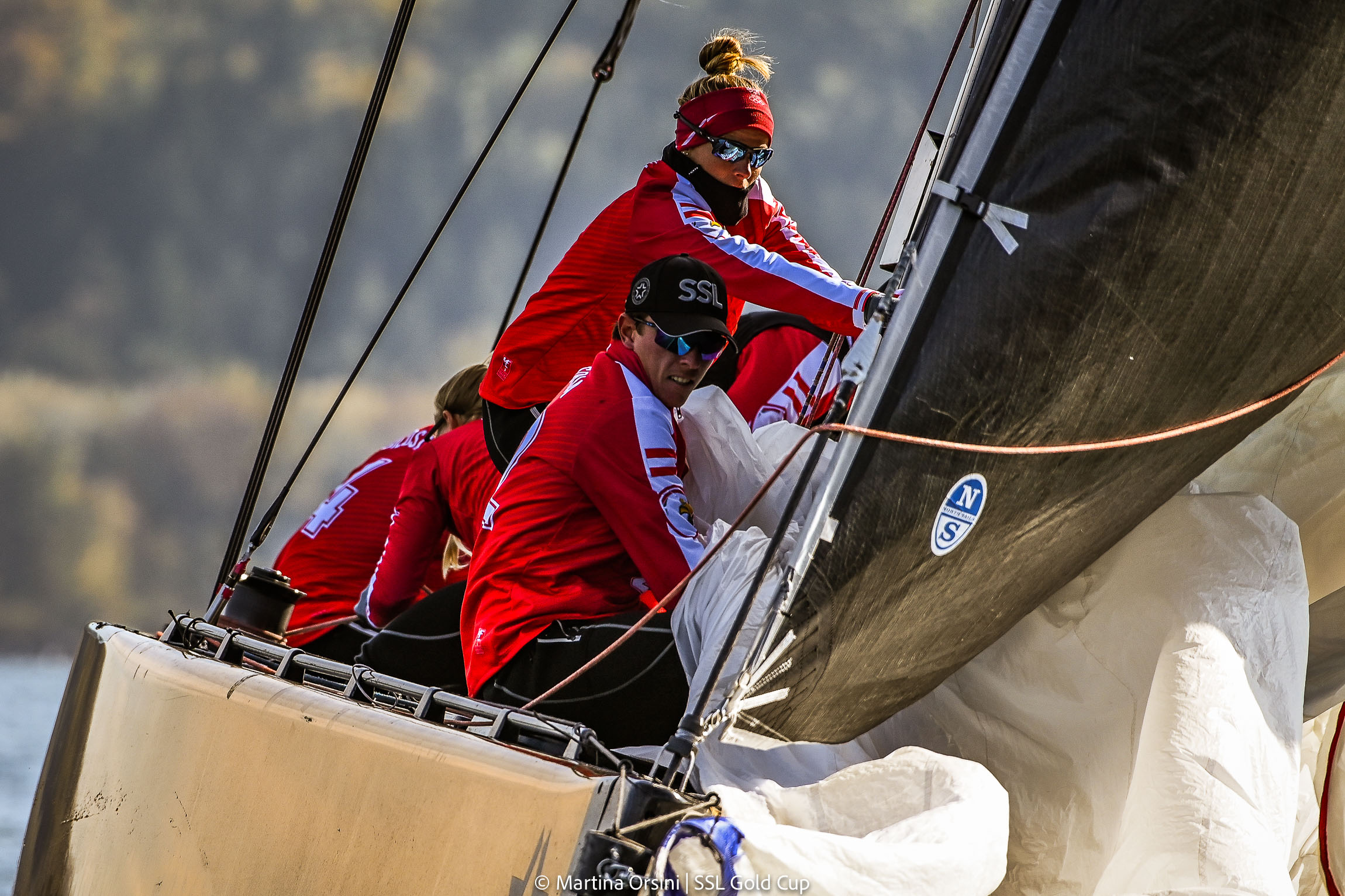 Fleet 2 started right after the end of Fleet 1, at around 4,15pm. The stakes were high here too as Slovenia had a bad first day to recover from. And they started the fifth race in great shape, they were second at the first mark and managed to conquer the lead of the fleet by the bottom gate. But a penalty at the second upwind mark made them slide from first to third, and with Peru, their direct rival, finishing second, Slovenia closes the day (again) in third position. Poland won the second race in a row, the third of the series, claiming the direct ticket to the Grand Final – with Austria.

Denmark is mathematically going to be in the Petit Final, while the doors to the Grand Final are still open for Slovenia, even though the odds are in favor of tonight’s seconds, the Peruvian. 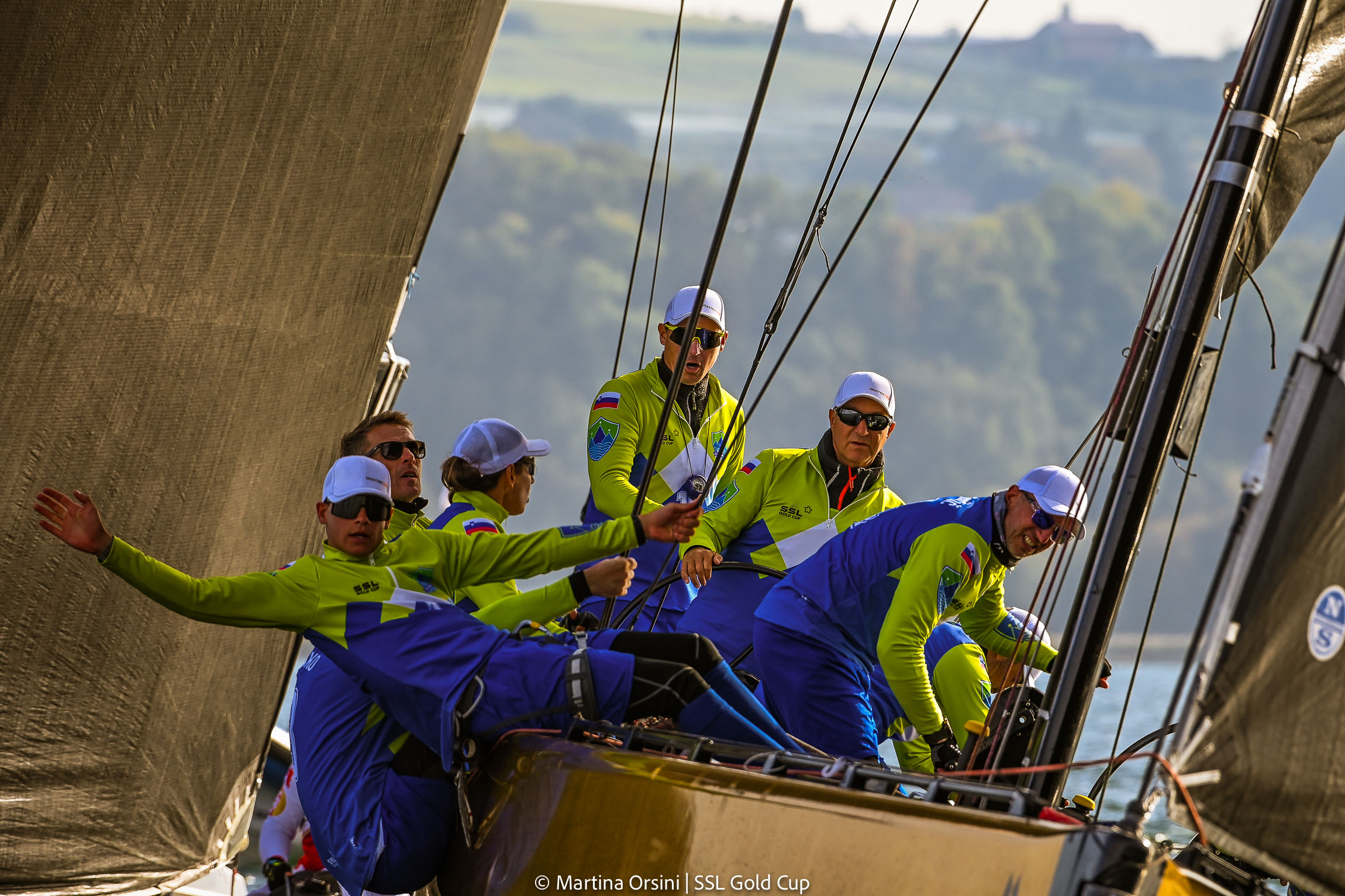 The plan for tomorrow has changed due to forecasted lack of wind on Sunday. In the morning the Fleets will race each their last race, do-or-die for four teams... And starting at noon, the Petit Final and the Grand Final right after, will take place. The local chilly gradient wind, ‘la bise’, is supposed to start blowing in tomorrow’s early hours and increasing until the end of the day, but against the cold temperatures that it will bring, the competition will undoubtedly be fiery

TWO DAYS AND FOUR RACES IN, AUSTRIA LOOKS THE STRONGEST SO FAR