It was a grey morning for the first time this week. The wind was blowing just fine, and soon as it settled the first four teams were on the water on the golden SSL47 boats to race in the Petit Final, the final race to determine the ranking between eighth and fourth.

It was a relatively easy win for Argentina, who got the lead soon after the start and protected it until the end. Behind Santi Lange’s team, the Estonian, Israel and Oman. 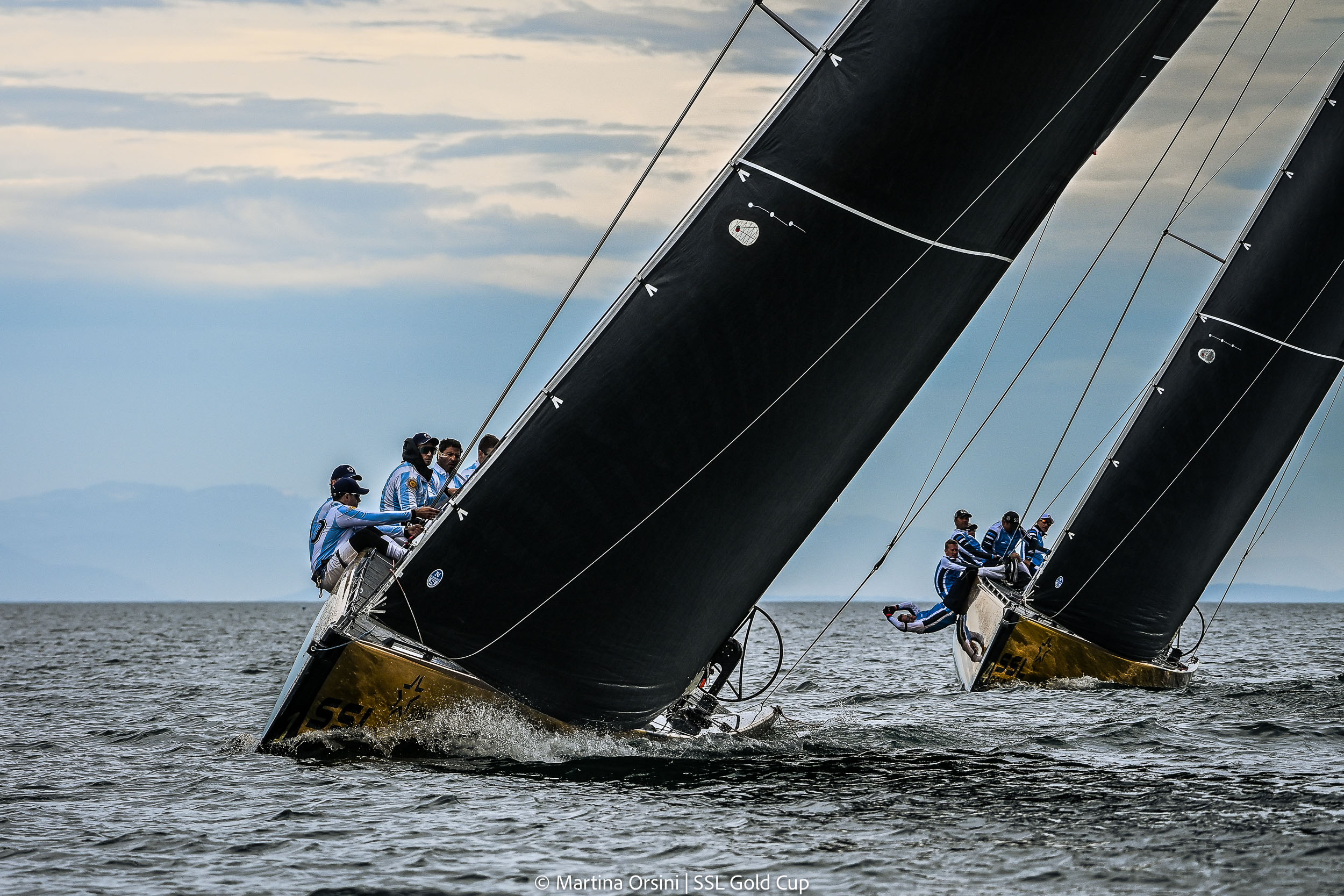 Right after the Petit Final, with the wind blowing at about 12 knots lightening, it was time for the Grand Final among Brazil, Croatia, Switzerland and Hungary. Robert Scheidt’s and its so far unbeaten team, started on the pin like they were used to this past week, and protected the left side, while all of the other three teams preferred the right. It didn’t pay, and by the first upwind they were last about 80 meters from the leader, Croatia. In the next three legs the Brazilian Storm were able to recover from the last position and overtook two out of three teams, but didn’t succed in winning what would have been the eight race in a row. 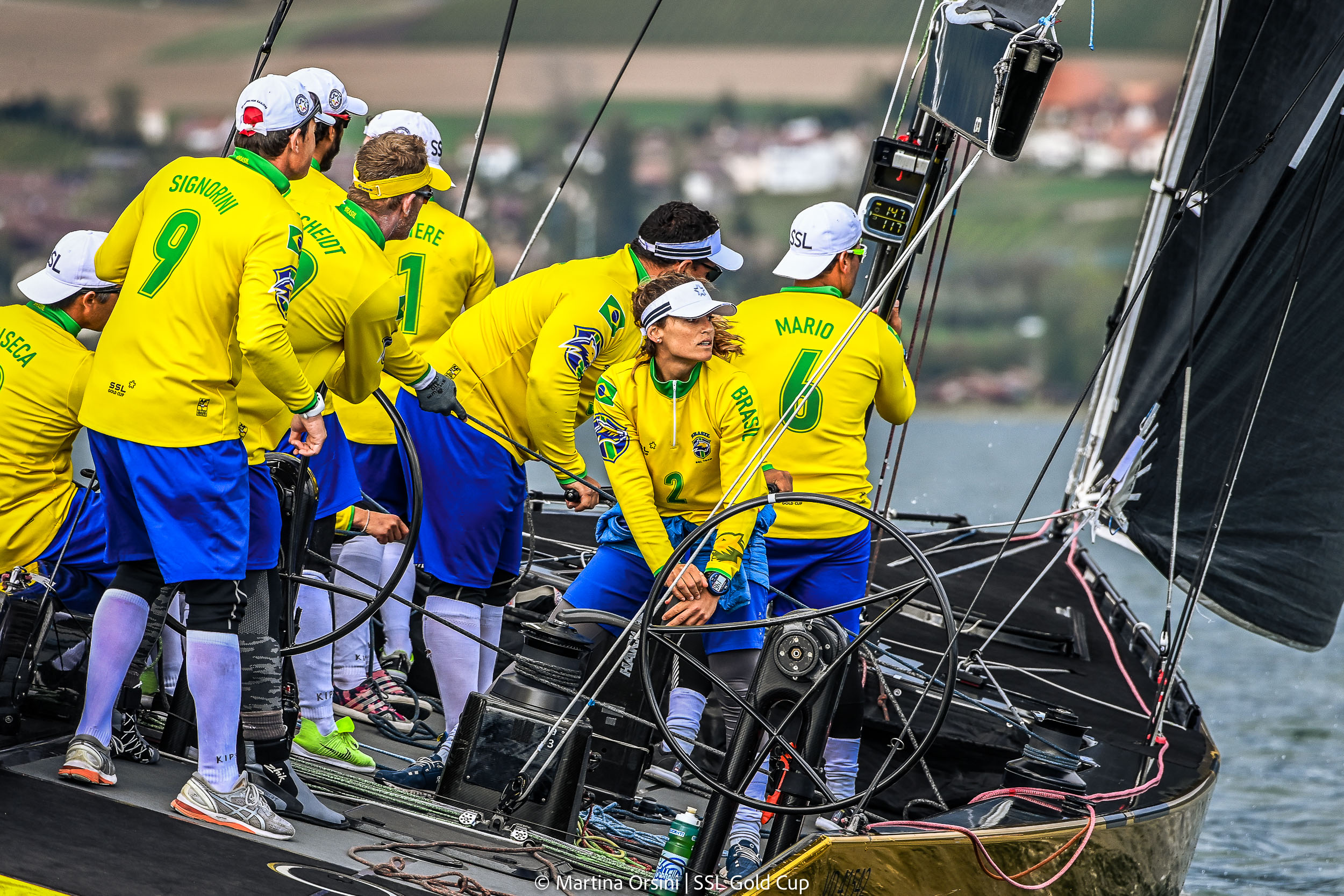 Sime Fantela and skipper Tonci Stipanovic, with their red and white checked team went on winning the race and the second SSL Gold Cup Test Event. Well deserved champagne shower for them on the podium, with Brazil on the second step and Hungary on third, leaving the locals, Switzerland, just off the podium in fourth. 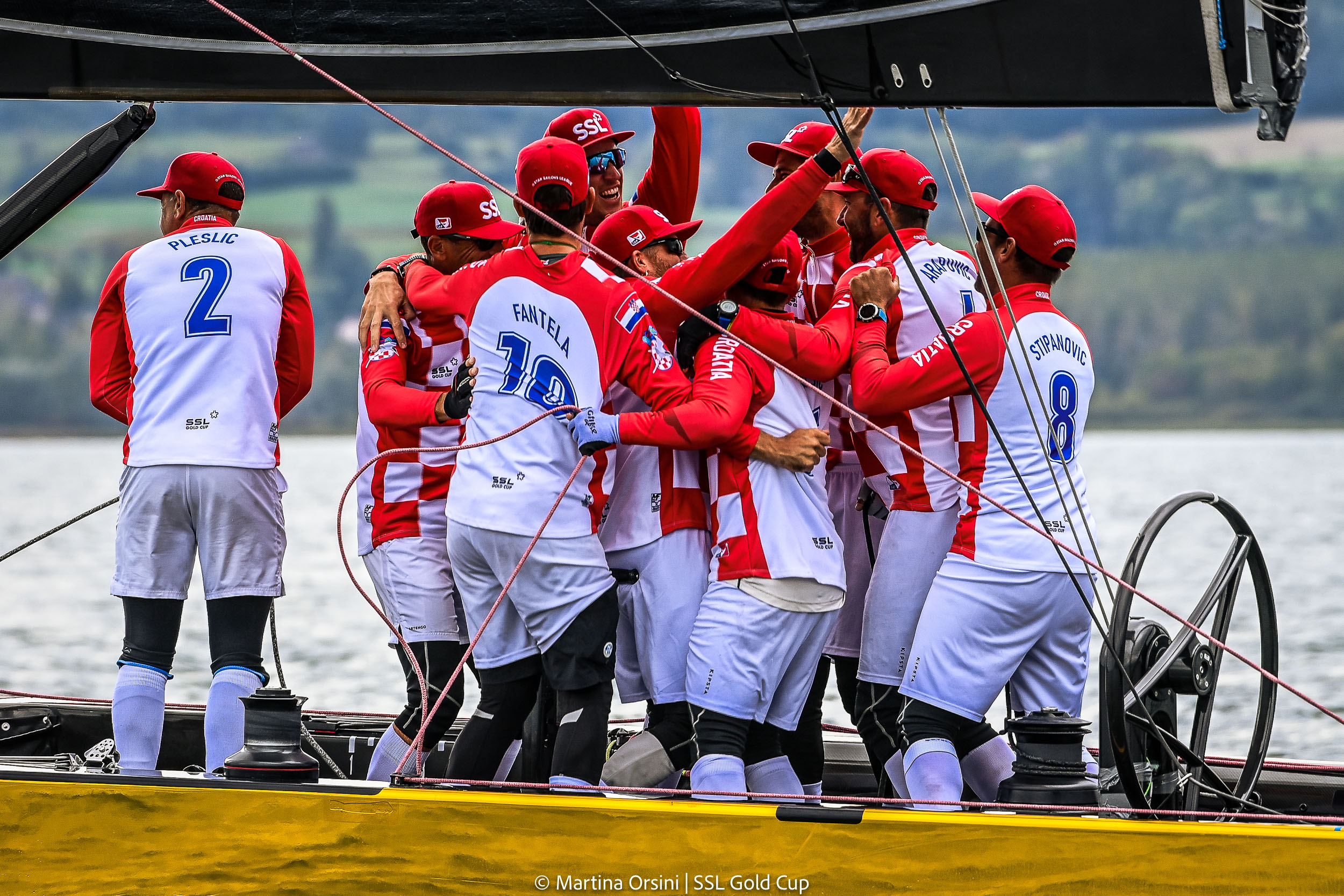 BRAZIL IS THE BEST OF THE WEEK. CROATIA, SWITZERLAND AND HUNGARY JOIN THEM IN THE GRAND FINAL TOMORROW