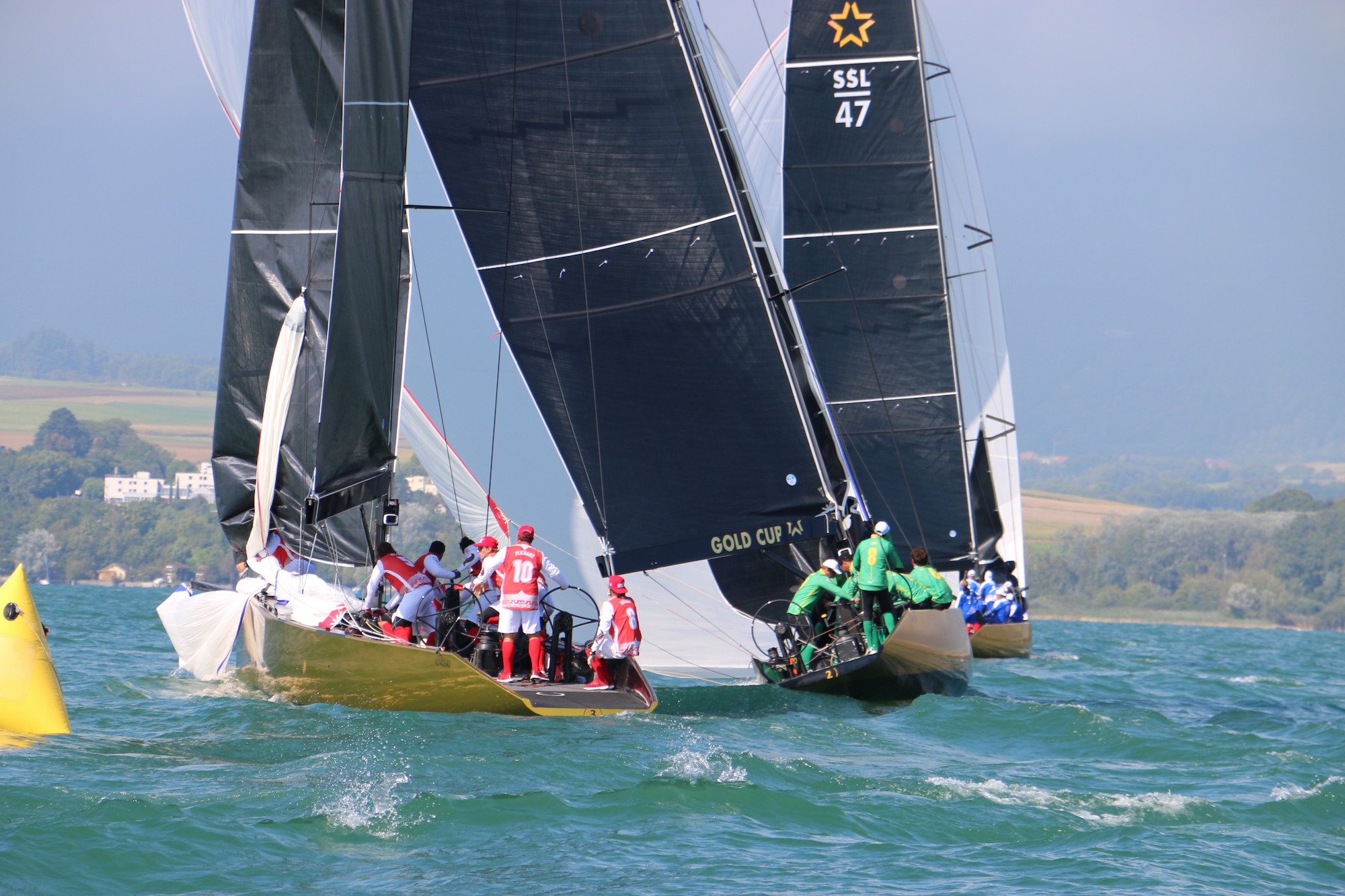 The qualification series of the first Test Event of the SSL Gold Cup is over. On Saturday, after five races started on Wednesday, the four finalists emerged, the best two teams of each fleet. In fleet one, the South African team with its Captain Iain Anslie won two of those five races, and two were won by the second, Thailand, helmed by the only girl skippering this week, Nai Poonpat.

These are the rankings:

In fleet two, consistency was key. The actual winner of most races, SSL Team Mexico with Laser National Champion Yanic Gentry, claimed two bullets, but finished last, as it was fourth in the other three of five races. Team Malaysia was the winner, with ‘only’ one bullet, two seconds and two thirds. Very similar scorecard as the second qualified team, Ukraine, with Luka Rodion both Captain and helmsman of the team.

So the four teams accessing the one-race winner-takes-all final are: South Africa, Thailand, Malaysia and Ukraine. But the day will start with the petit-final among Thaiti, France, Turkey and Mexico.