Great changes in the SSL Nations Ranking after the Olympic Games results came into play in the SSL Global Ranking. Spain takes the lead of the August 2021 SSL Nations Ranking over Australia, that had been leading the SSL Ranking since its first edition about a year ago and has now to step down to mighty Spanish Armada. They didn’t win any gold medal in Tokyo, but two bronze and a few top ten spots. This is worth 118 points, just four points lower than the leader so far, Australia.

Great Britain has been the most successful nation at the 2020 Olympics, with more golds and podiums than anyone there. Yet, they are only tie for second in the SSL Ranking with the Aussies. In fourth another big sailing nation, The Netherlands with 187 points and a rewarding Tokyo campaign. New Zealand didn’t shine as much as you’d think they would, they are only fifth with 195.

To top the first group of seedings, thinking ahead for the SSL Gold Cup in 2022, you have Germany – not far behind with 207 points, thanks to some great results at the Games – and Italy and France a little further down, with respectively 240 and 277 points, but still in the best group of eight.

The points of the SSL Nations Ranking are calculated adding up the position (not their points) of the best five skippers and two crews of the country, and the nation with the lowest score is the best. 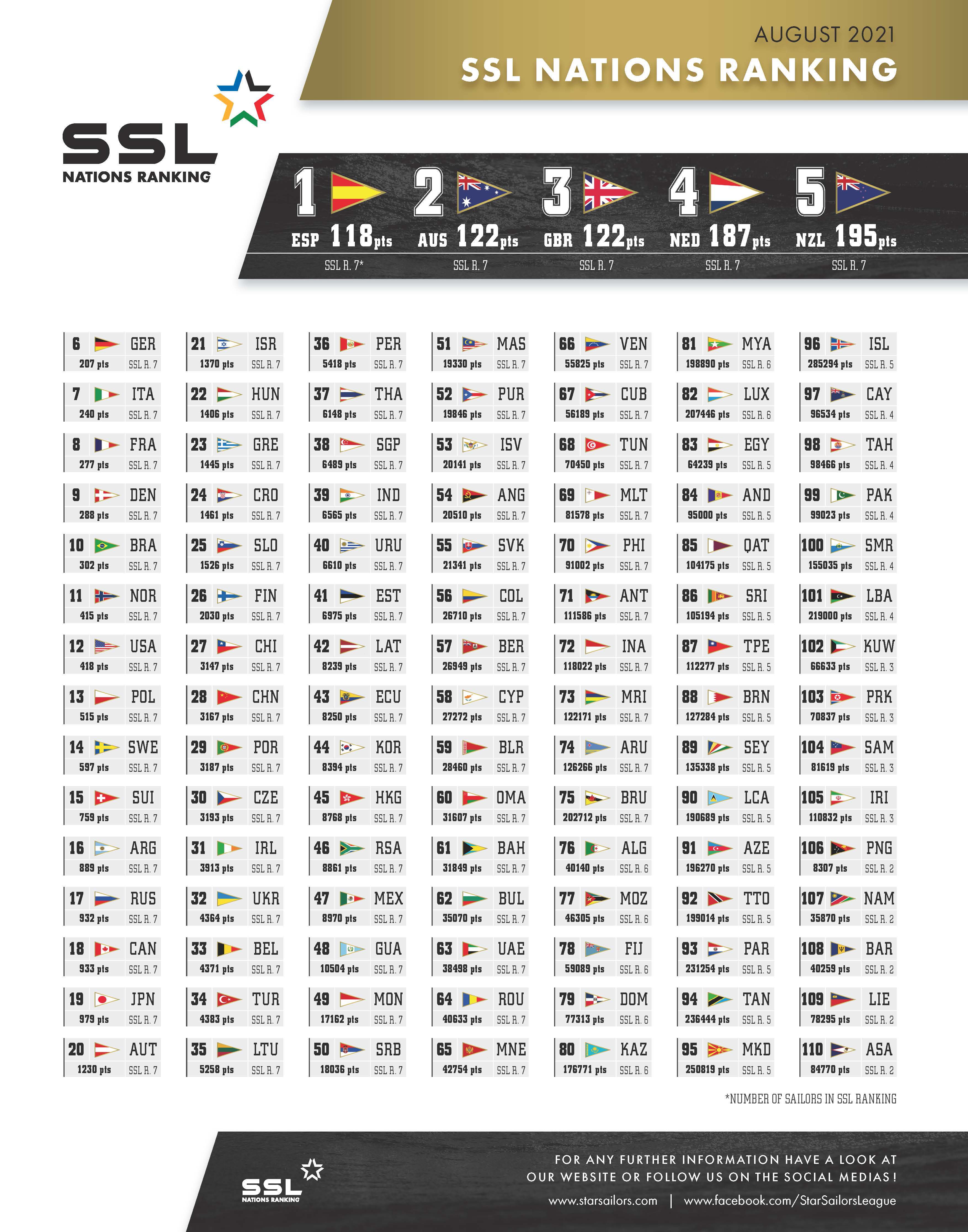