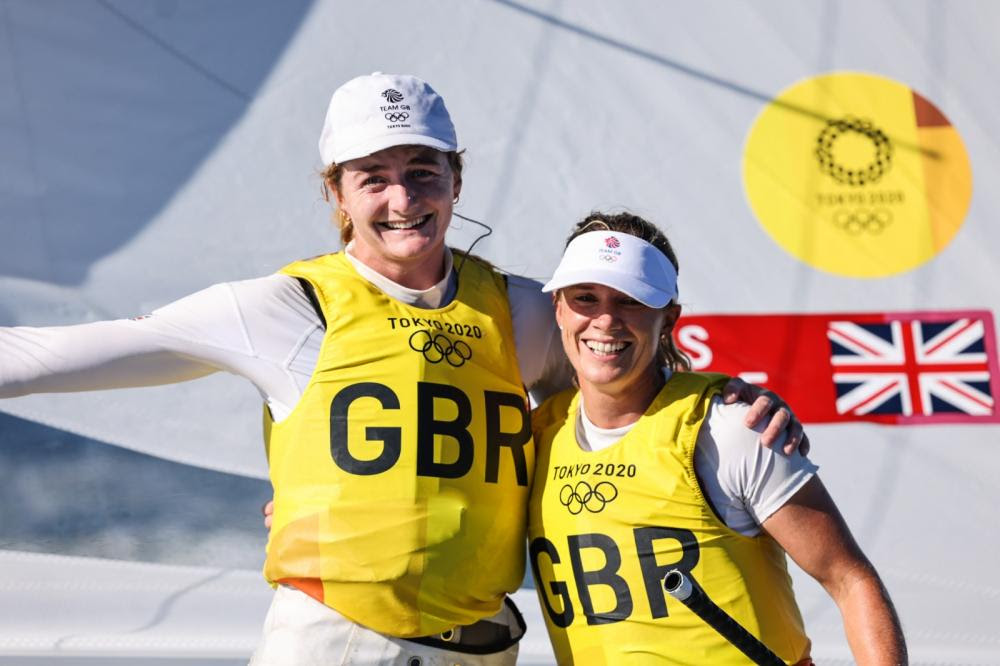 At the start, the fleet set off on starboard tack except for Skrzypulec and Ogar and the French team on port tack as both boats made an early break to the right.

Great Britain tacked over towards the other two boats and were ahead. Mills and McIntyre at times put a close cover on Lecointre and Retornaz to stop the French from breaking through to the front of the fleet. Linda Fahrni and Maja Siegenthaler (SUI) and Luise Wanser Anastasiya Winkel (GER) were going fast and took the early lead. 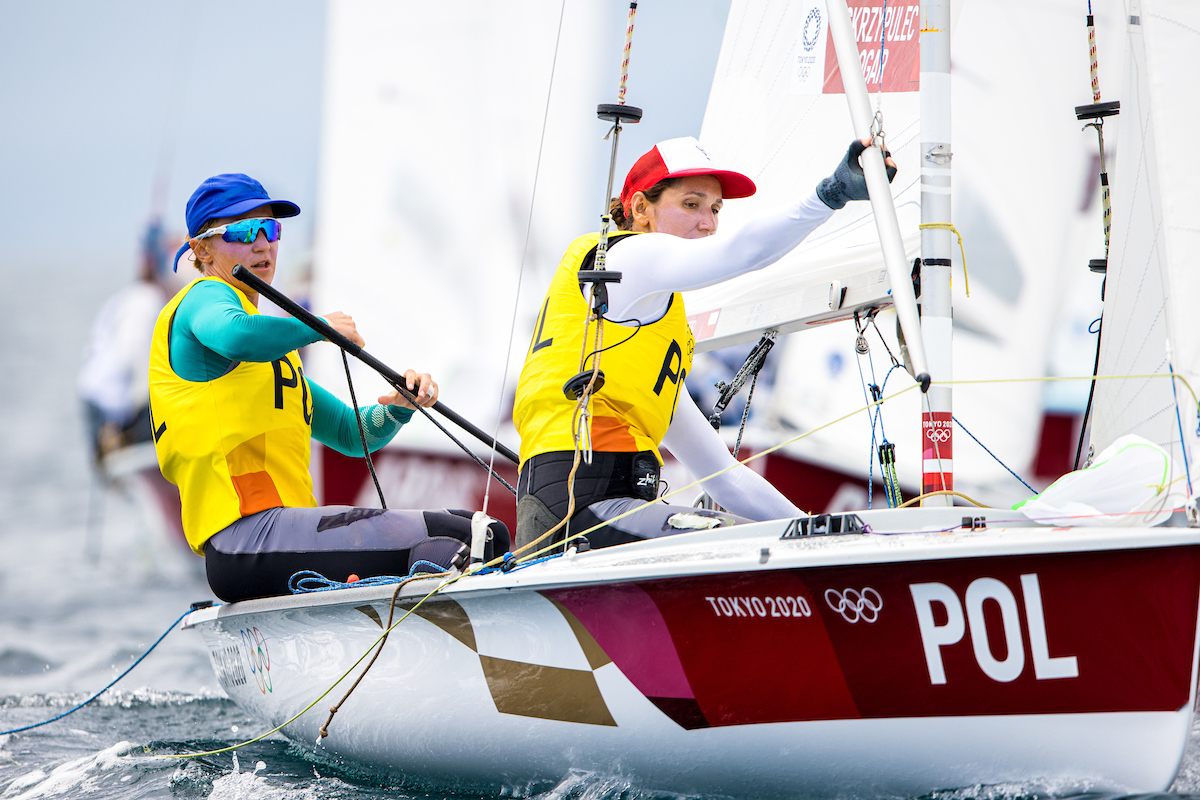 Around the first mark, Switzerland were ahead, with Great Britain in second and France back in sixth, one place ahead of Poland.

At the bottom of the course, Great Britain followed Switzerland to the right, the same for Poland while France simultaneously peeled away to the left with it still close for silver and bronze.

Halfway up the final leg, Poland moved up to fourth and were two places in front of France, equal on points. As it stood, the Polish team had displaced the French for silver.

Around the final turning mark, the Swiss held the lead while Great Britain were in second.

Fahrni and Siegenthaler won the Medal Race, taking fourth overall. Meanwhile, Great Britain had been overtaken on the final run by Germany, Israel, and Poland. This put Poland back on equal points with France, giving them silver and France bronze. 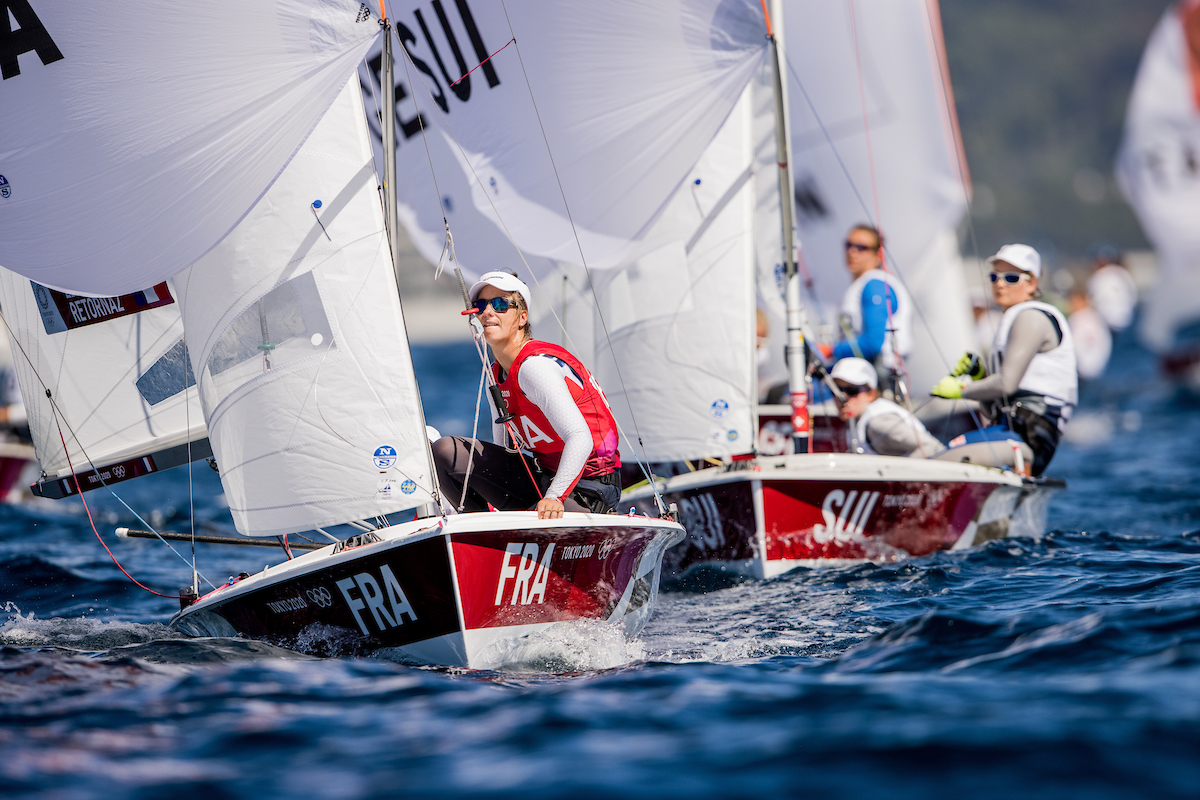 However, immediately after the race, the jury were informed that the French team were protesting Great Britain.

The protest was heard ashore and the case was dismissed. It had been a brief delay to the medal celebrations, but at last Great Britain could celebrate the gold.

Along with silver from London 2012 and gold from Rio 2016, gold at Tokyo 2020 makes Hannah Mills the most successful ever female Olympic sailor. Eilidh McIntyre’s gold matches the achievement of her father Mike McIntyre who won Star keelboat gold for Great Britain in 1988. Lecointre repeats her bronze from Rio 2016.