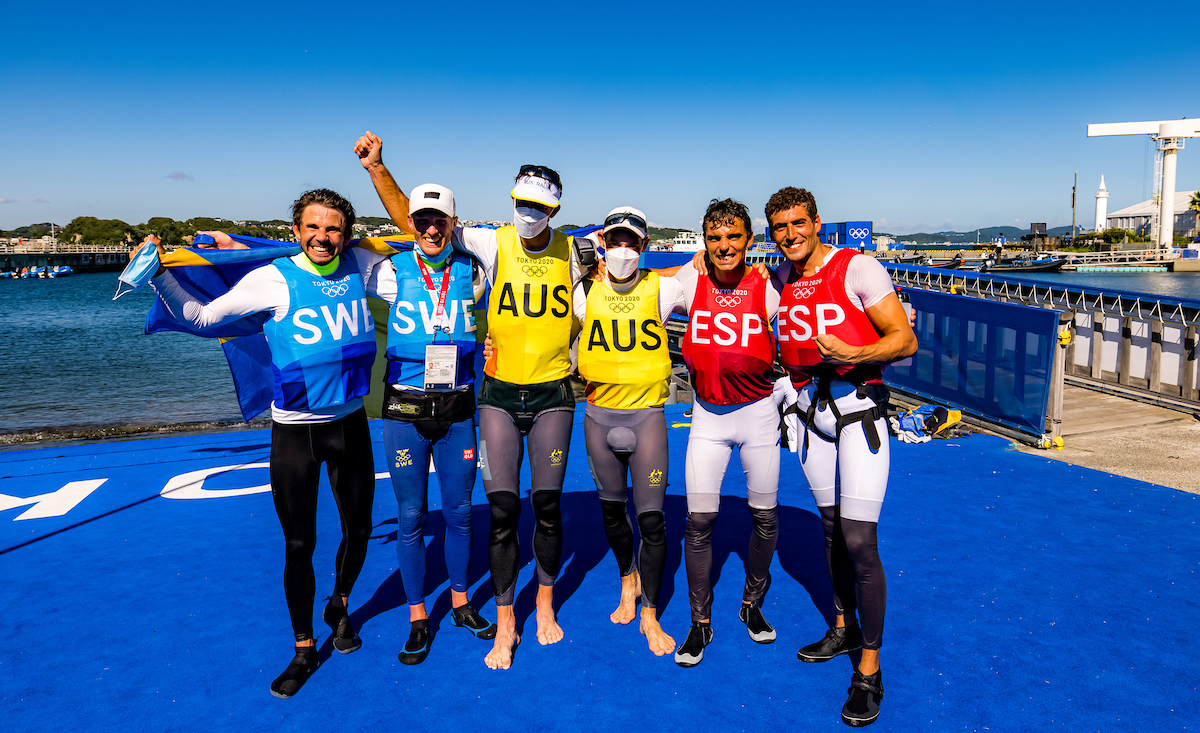 Mat Belcher and Will Ryan (AUS) have won gold in the 470 Men, with Anton Dahlberg and Fredrik Bergstrom (SWE) taking silver and Jordi Xammar and Nico Rodriguez (ESP) bronze.

Out of the start, it was even between the leading contenders for silver and bronze - Spain and Sweden. Both teams made good starts in the light wind conditions, the crews working hard to power the boat through the waves using kinetic bouncing. 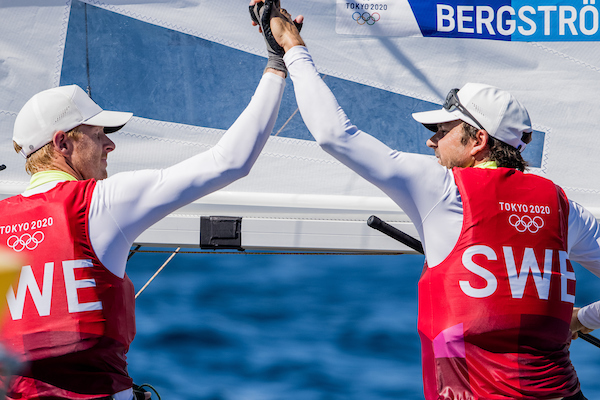 Australia had started on port tack, going behind the fleet so as not to disrupt the competition for silver and bronze, but towards the top of the course, Belcher and Ryan were back in contention for the lead, along with New Zealand now challenging Spain.

Coming in from the left side of the course and arriving at the top mark just in front were Sweden neck and neck with Australia, Spain in third. Dahlberg and Bergstrom were looking good for the silver medal if they could hold the lead.

Australia pumped, ooched, and surfed into a narrow lead around the leeward gate, and now the top four in the race were the top four in the overall standings: Australia, Sweden, Spain, and New Zealand, racing line abreast towards the last windward mark. 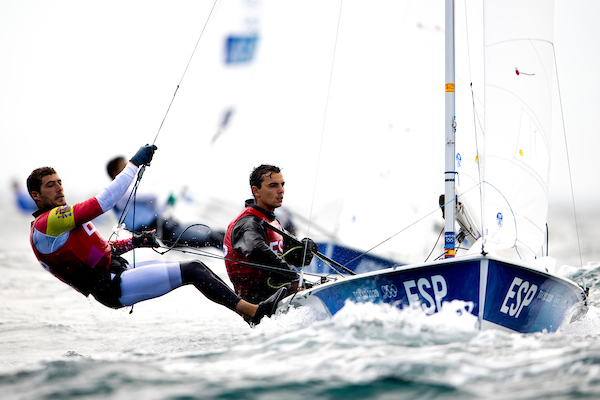 Belcher and Ryan won the Medal Race, their last race together, the perfect conclusion to a stellar partnership. Sweden crossed in second and seized the silver. The USA and New Zealand had overtaken Spain, but Xammar and Rodriguez clung on to bronze by just two points from the Kiwis.

Mat Belcher is the all-time greatest 470 sailor as he bows out of the class, with today’s gold to add to his gold from London 2012 and silver from Rio 2016. The Australian has won eight world titles, winning five of those with Ryan.