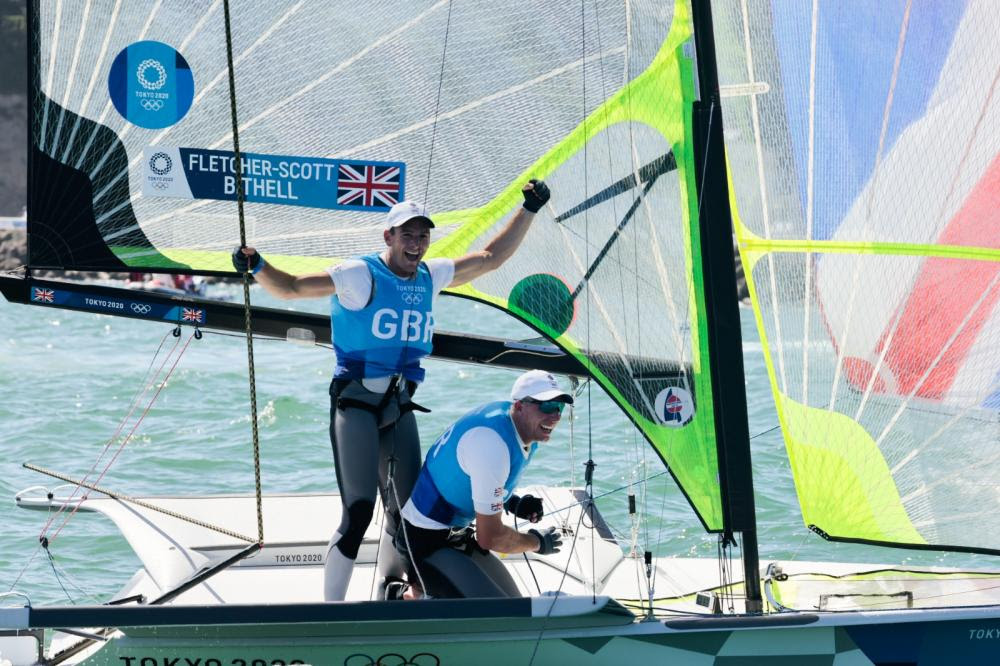 New Zealand wanted the right-hand side of the course and started on port tack off the committee boat end, closely followed by the Spanish. Great Britain started off the left-hand of the line going left with the rest of the fleet, although the Netherlands and Croatia had to return to restart after crossing too soon.

Near the top of the first leg, a close cross between Dylan Fletcher and Stu Bithell (GBR) versus Pete Burling and Blair Tuke (NZL), and it was advantage Great Britain.

The British rounded mark one in the lead, ahead of Germany and then New Zealand. Now the points were even between GBR and NZL. At the bottom mark Germany went around the right-hand mark, GBR around the left, closely followed by NZL.

Up the next windward leg, GBR and NZL locked horns again, Fletcher tacking on top of Burling and forcing the Kiwis away to the right again. Meanwhile, Erik Heil and Thomas Ploessel (GER) had got into the lead, getting close to the podium depending on how Diego Botin and Iago Marra (ESP) were doing further back in the pack.

Around the final windward mark, Germany rounded narrowly ahead of Great Britain, New Zealand in third. As things stood, NZL would win by 2 points. Germany gybed away halfway down the course, Great Britain continued, holding out for a better breeze on their side of the course.

In a photo finish, Great Britain crossed the finish in first place, centimetres ahead of the fast-closing Germans. New Zealand crossed the line third. Gold medal to Dylan Fletcher and Stu Bithell (GBR).

Burling and Tuke become the first sailors ever to have won Olympic medals and the America’s Cup in the same year.