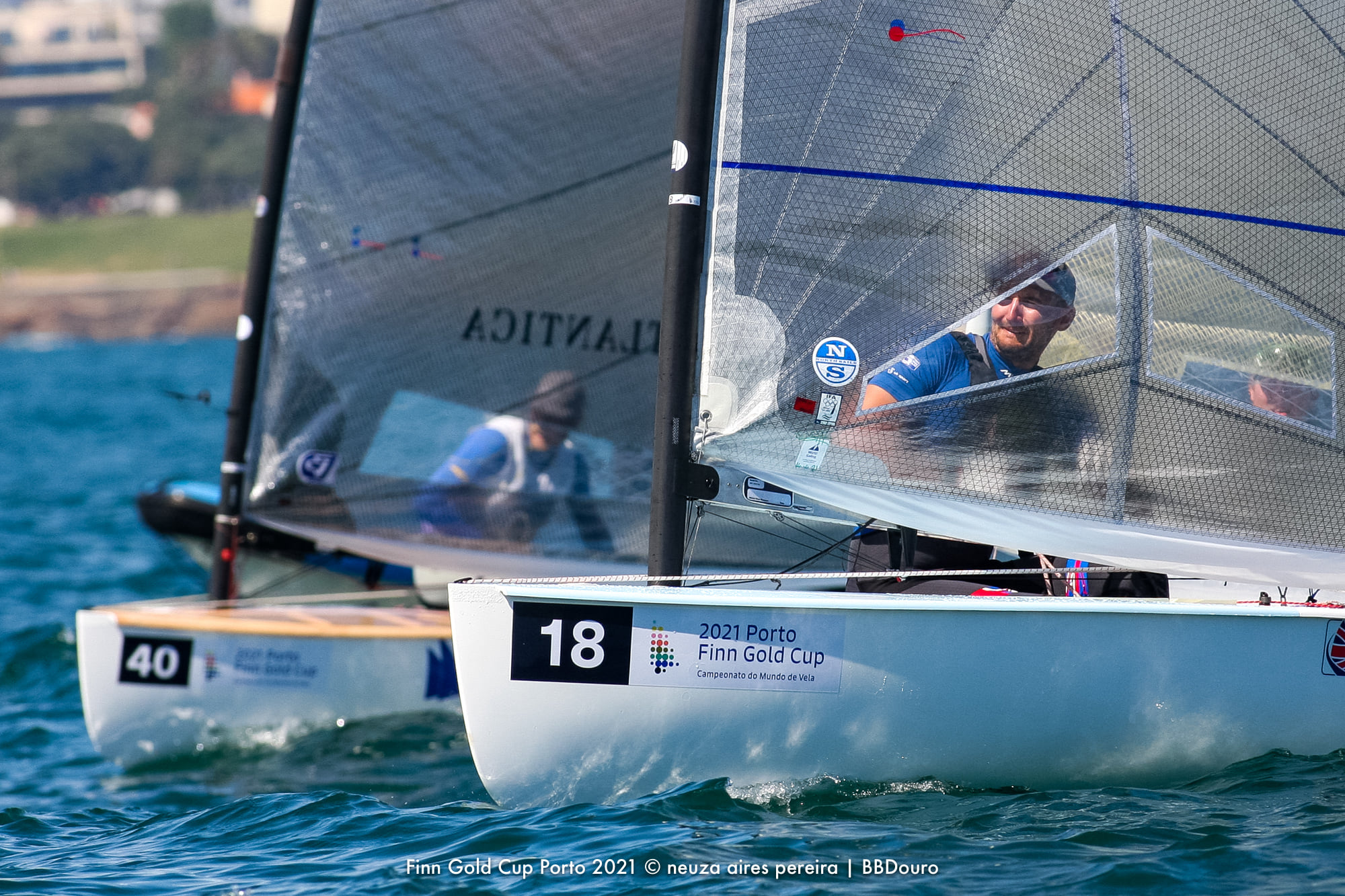 The Finn Gold Cup has been part of the fabric of the sport of sailing for 65 years, an iconic trophy that is reputed to be more difficult to win than an Olympic Gold medal and which has made legends out of not only those who have lifted the prestigious cup, but also those who have tried.

The 65th Finn Gold Cup opens in Porto, Portugal, this week with around 60 sailors from 33 nations taking part. It is the first time that the whole fleet will race together since the 2019 Finn Gold Cup in Melbourne, Australia.

The event also offers the final opportunities for nations to qualify for the Tokyo Olympics, with one European place and one African place on offer. 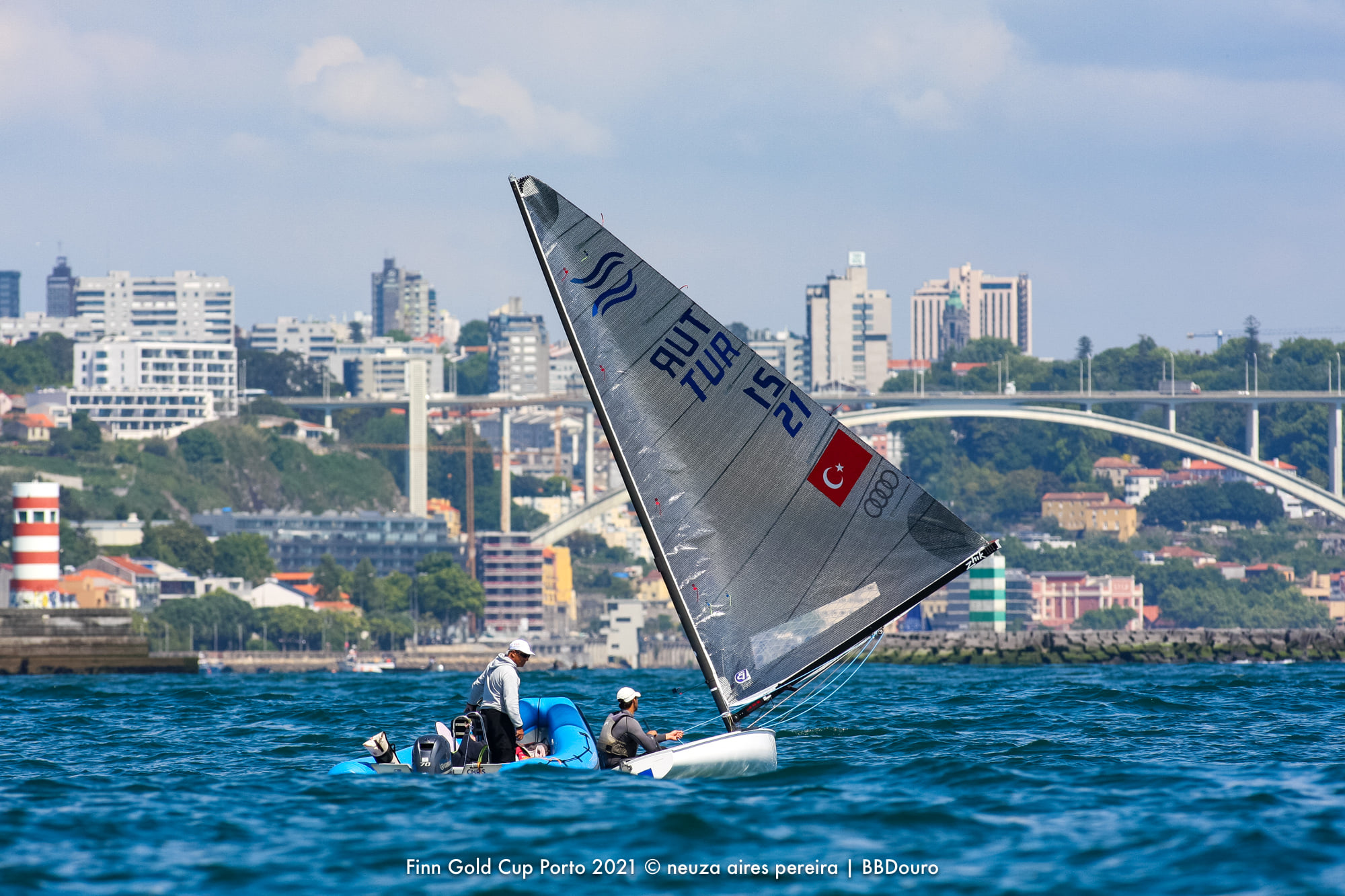 The fleet includes four previous world champions, including the defender Josh Junior, from New Zealand, who hasn’t raced a major Finn event since victory in 2019. However he has of course, along with Andy Maloney who is also in Porto, won the America’s Cup in the meantime.

Junior said, “It’s great to be back in Europe. Both Andy and I are excited to race next week. It will be interesting to see how the rest of the fleet has developed, and I’m sure everyone will be going very quickly. Both Andy and I have had a busy schedule with the America’s Cup and with Covid 19 postponing most of 2020 we couldn’t get to Europe, but we have tried to fit in as much Finn sailing as possible. However it has been difficult.”

Josh and Andy also fitted in the Bermuda SailGP event on the way to Porto. “The SailGP was an awesome opportunity for both of us. The racing is amazing and sailing a wide range of boats is certainly something we both enjoy. I’m sure we will finish this regatta and wish we had a little more time in the Finn.”

Did winning in 2019 impact on his approach?

“I don’t think winning in 2019 changes much, but I think it just showed that Andy and I were on the right track, so we just have to try to pick up where we left off. For us we are just excited to check in with the fleet and can’t wait for some good racing.”

There is no doubt the coming week will be a tough challenge to defend. Junior will be up against Zsombor Berecz, from Hungary, who successfully defended his European title last month in Vilamoura as well as 2016 Olympic gold medallist Giles Scott, from Britain, who was runner-up in Vilamoura. In the arc into Rio 2016 Scott was unbeatable, but during this cycle he has split his time more with the America’s Cup as tactician on the UK boat.

However, as is usual at this point in the Olympic cycle, everyone is on form, with a huge depth of talent and dedication to Olympic sailing permeating the fleet with the ultimate prize within reach for the world’s best sailors. 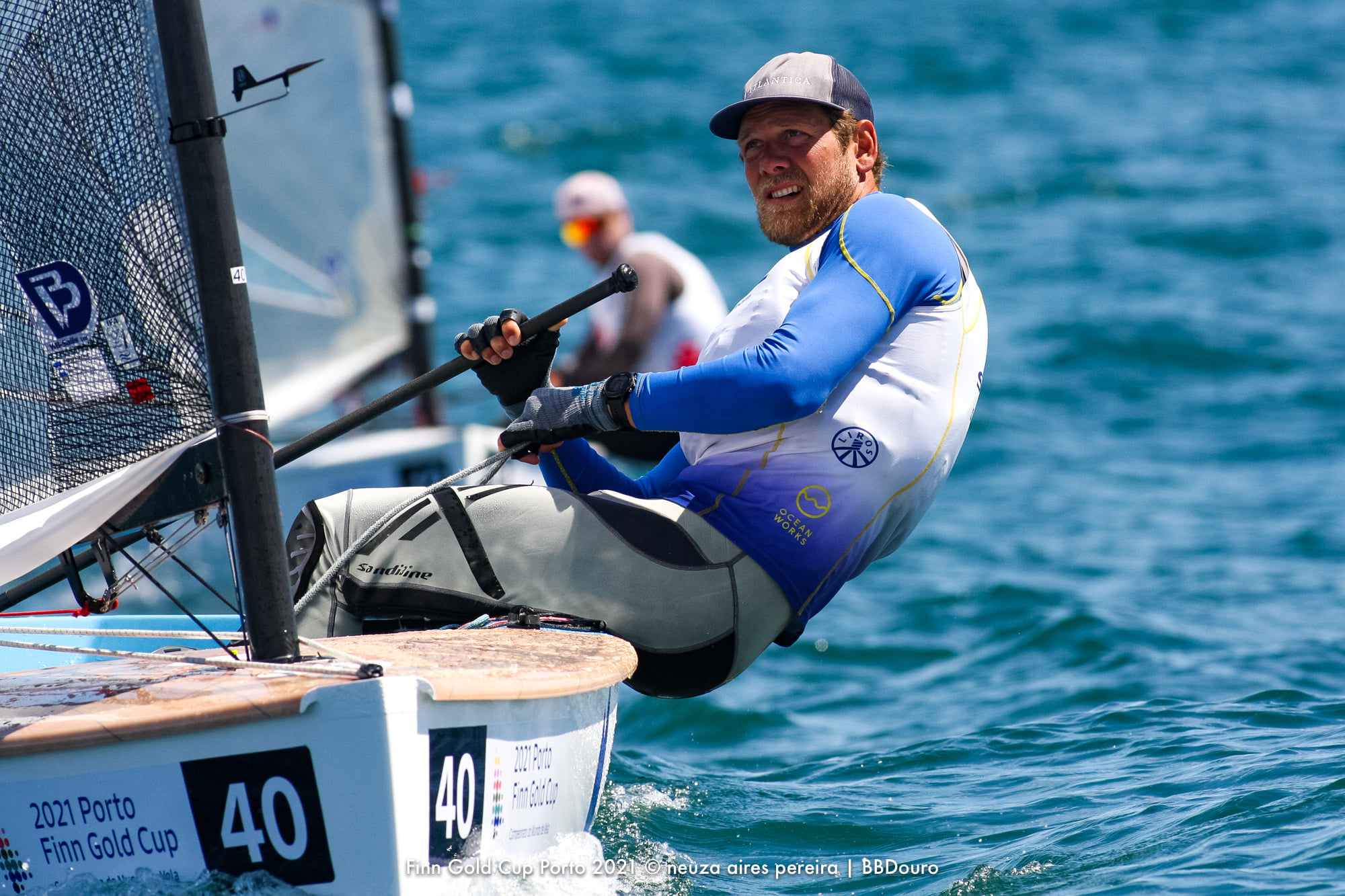 The most fascinating battle next week though could well be the European Continental qualifier for Tokyo. In all there are 32 sailors representing 15 nations eligible to take that place. Looking at the European Championship three weeks ago, the best performances were from bronze medallist and world No .1 Nils Theuninck, from Switzerland, and Joan Cardona, from Spain, who took fourth. However there were eight more contenders in the top 20 and with the conditions in Porto expected to be quite different, it is far too early for predictions.

For the African Continental qualifier, there are two nations competing after Namibia unfortunately dropped out. Karim Esseghir, from Tunisia, is no stranger to Finn sailing, having previously campaigned hard for Rio. He is joined by Leo Davis, from South Africa, who is competing at his first Finn Gold Cup, though has been sailing Finns on and off since 2009, with a deep family history on the class.

“My father Greg Davis, has been really involved in the Finn class and has competed in the Finn World Masters most of the last 20 years. He missed his opportunity to compete in the Olympic Games in the Finn due to Apartheid but coached the Finn in the 1992 Atlanta Games.

“I raced my first Finn event at a light wind nationals back in 2009, so I have been in and out of the Finn a fair amount. I grew up watching the Finn class and I’m excited to get to take part in my first Gold Cup while it is still an Olympic class.”

He says he was a very competitive dinghy sailor through school and won a handful of nationals but, “Soon after school I joined the national rowing team and went down that path. I was selected as a non-travelling reserve for the Rio rowing team and went to a few world championships but after the 2018 season I quit rowing and got back into competitive national sailing. I managed to sail and race occasionally while I was rowing and managed to win Finn Nationals in 2015. It had always been a dream of mine to race at the Games.”

Davis is optimistic but has no expectations. “I understand that I don’t have the experience relative to most of the fleet at this event but would like to show some consistent speed sufficient enough to warrant selection to the Games at the event and with my National Selection Committee.” 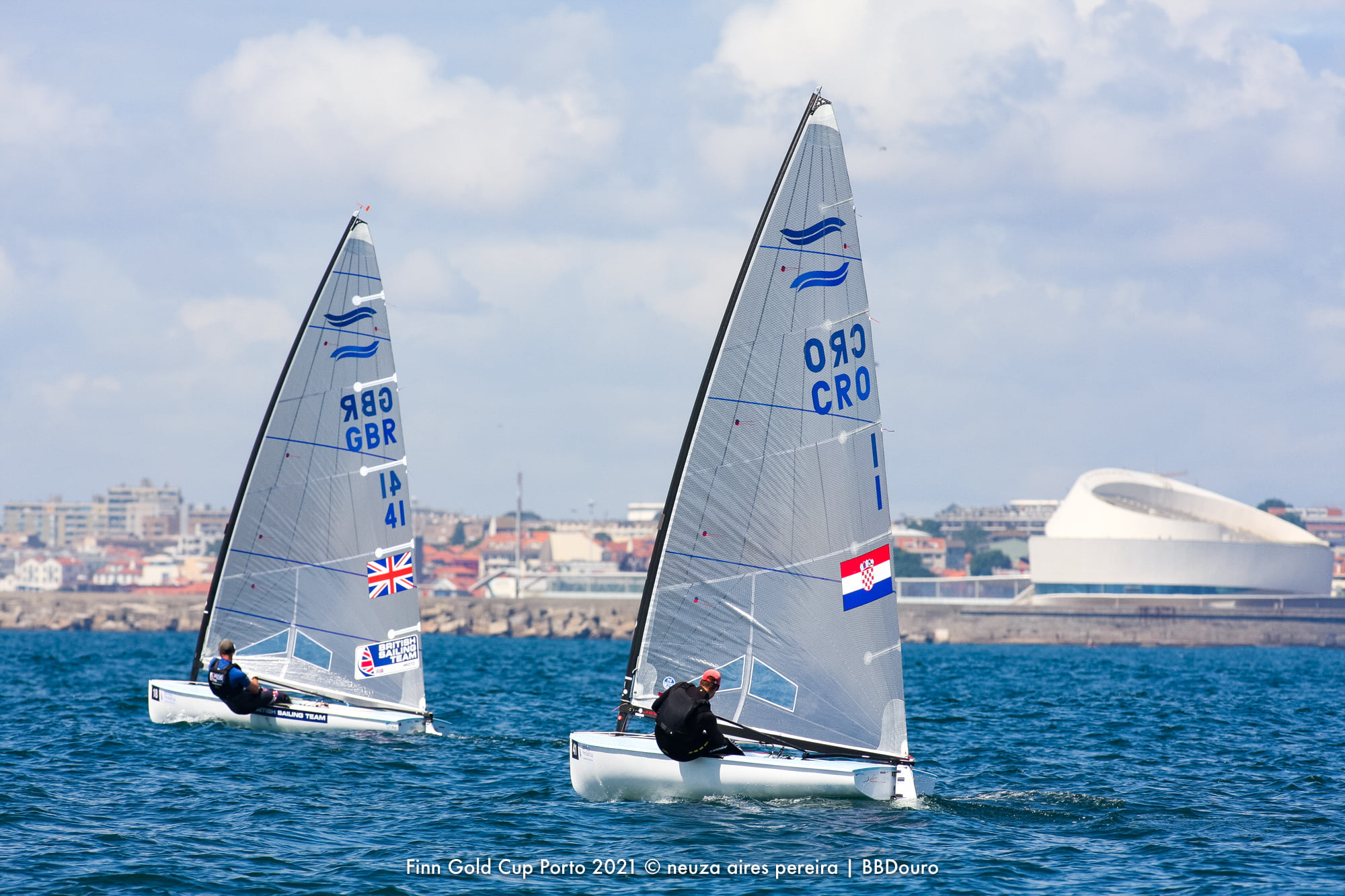 The 65th Finn Gold Cup comes at a strange time in the history of this outstanding class, both because of Covid restrictions and the uncertainty over its inclusion at Paris 2024. In 1956 the Finn Gold Cup was introduced to bring the best sailors in the world together for a week of racing. It is still doing that and there is little doubt next week’s battle on the ocean off Porto should be epic.

Registration and measurement run from Wednesday 5 to Friday 7 May, followed by a 10 race series from 8-12 May.

A FRENCH DAY AT THE 470 EUROPEANS IN VILLAMOURA